Like our last place, this entry in our very slow tour of the world celebrates an artistic centenary. While I guiltily acknowledge that this tour has rarely strayed beyond Europe, this is the first location within handy cycling distance for your blogger.

Nollendorfplatz is a square on the south-western edge of central Berlin first laid out in 1880, just one of numerous new precincts established to absorb the German capital’s phenomenal population boom in the late 19th century. Today the square pulses with traffic, dominated by a large U-Bahn station topped by a skeletal dome standing in for the pompous Prussian crown it once wore. The original, like a good deal of the square and the surrounding district of Schöneberg, fell victim to heavy bombing in World War Two and much that replaced it is of charm-free, functional post-war construction.

The square’s most conspicuous survivor is the large grey theatre on the south side of Nollendorfplatz, guarding the entrance to Motzstraße. The impression of emphatic vertical lines and begrudging curves softens the closer you get to it, as the classical statuary of its facade comes into view. This building began life in 1906 as the Neues Schauspielhaus (New Theatre). The main auditorium was devoted to theatrical performances with an additional “Mozartsaal”, as the name suggests, earmarked for classical concerts. However within a few years it was repurposed to keep pace with Berlin’s apparently limitless appetite for the new medium of film.

And it was here, 100 years ago today, that Hanns Heinz Ewers’ film Der Student von Prag received its premiere. This, as we’ve already seen, is a big deal in cinema history. Because this was the start of the auteur film as we know it, a daring expansion of the artistic potential of film, which makes this grey monolith the unlikely mother of all arthouses. 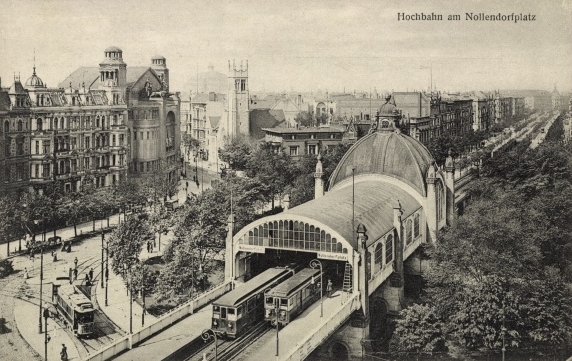 The theatre had not completely forsaken live performances, with dance presentations by Isadora Duncan and later Valeska Gert (also to be seen here on screen in the premiere of Die freudlose Gasse in which she appeared with Greta Garbo and Asta Nielsen). The establishment experienced its theatrical apogee under radical director Erwin Piscator who took over in 1927 and turned it into the Piscator-Bühne. Like Bertolt Brecht (who was involved with the theatre for a short while, along with the likes of László Maholy-Nagy, John Heartfield and George Grosz) Piscator pursued an explicitly left-wing agenda in the increasingly polarised cultural environment of Berlin. His most acclaimed production, Hoppla, wir leben! (“Hurrah, we’re alive!”), used the most advanced stage machinery of the age as well as film projections. Harry Graf Kessler found it “without deeper poetic or psychological qualities, but thoroughly exciting and sharply observed.” 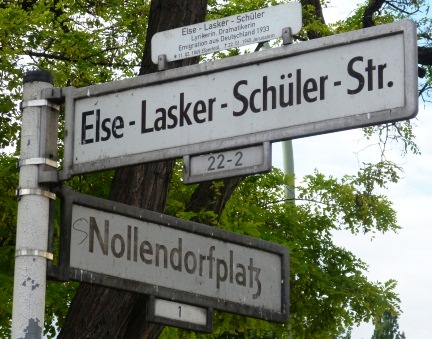 Piscator believed passionately in theatre that was accessible to all, and the end of his Nollendorfplatz experiment came when he refused to raise ticket prices and was forced to leave in 1930. In December of that year, the premiere of the film version of Erich Maria Remarque’s anti-war novel Im Westen Nichts Neues (All Quiet on the Western Front) turned violent as Nazis released stink bombs and mice into the auditorium and assaulted audience members. One of them was poet and artist Else Lasker-Schüler who lived almost next door to the cinema, and was still complaining of her injuries two months later (she got an adjoining street named after her for her troubles). In the years since then the venue has served up operetta, Christian rallies, New Wave rock and porn, and today, under the name Goya, its Art Deco interior hosts regular club nights and occasional functions. 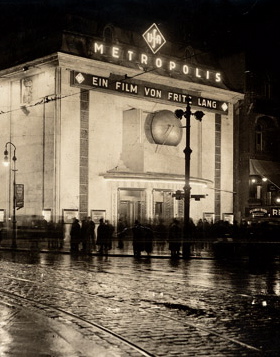 It has certainly fared better than its neighbour, the UFA Pavillon, which arose the same year as Der Student von Prag. This free-standing temple-like construction was completely dedicated to the seventh art. It was designed by Hungarian architect Oskar Kaufmann, responsible for other Berlin cultural centres including the Krolloper (now gone), the Hebbeltheater and the Volksbühne. In the 1920s actor/composer Guiseppe Becce led the live orchestral accompaniment of the silent films shown here. In 1927 the UFA Pavillon hosted the Berlin run of the original, uncut version of Fritz Lang’s Metropolis, the cinema exterior given a futuristic makeover to echo the film’s aesthetic. It did little to boost the movie’s takings, with Berliners staying away in droves. Like the neo-Gothic American Church next door (which, as it happens, was accidentally taken out by American bombers), the UFA Pavillon did not survive the war. In its place is a streamlined office building which contains, among other things, a language school where your blogger fell ever deeper into a mutually abusive relationship with German grammar. 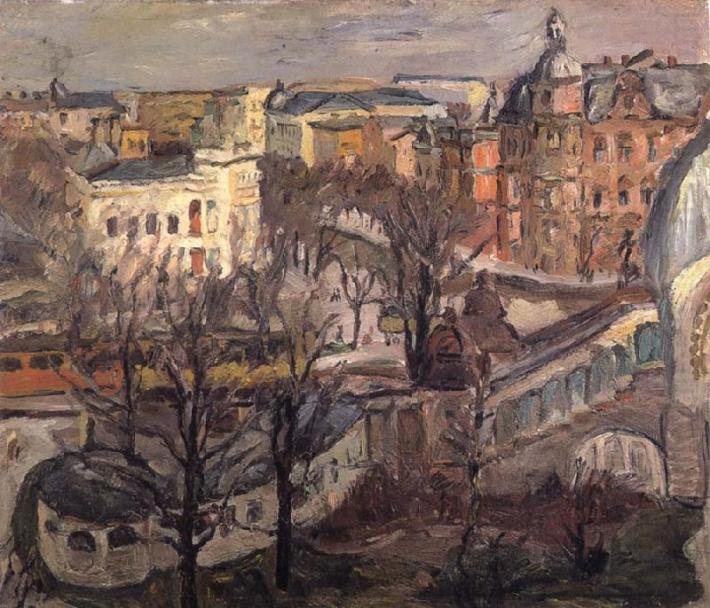 Besides Lasker-Schüler, the relatively down-at-heel area around Nollendorfplatz attracted numerous artists and writers, including Robert Musil, Stefan Zweig and Oskar Kokoschka, who all lived on or adjacent to the square at various times. The great junction, with its restless energies and rootless inhabitants, was a favoured subject of the Expressionists. Max Beckmann painted a view of the square in 1911 and Ernst Ludwig Kirchner produced one of his most famous Berlin streets scenes the following year, emphasising the almost threatening dynamism of converging routes. Lesser Ury also lived on the square and painted it numerous times.

Under the permissive Weimar Republic this area saw the emergence of a true gay community for the first time in history. Naturally this is Isherwood territory, the English writer living out much of his Berlin period in a nearby apartment. The famous Eldorado bar was also nearby (the building survived, but the venue is now an organic supermarket). Despite a general eastward push for all post-reunification nightlife, this is still a major gay centre, with numerous bars, leather shops and a huge annual street fair. Well, of course not so much “still” as “again”; a pink granite triangle on the Nollendorfplatz U-Bahn station remembers the gay victims of the Nazis in the intervening period. 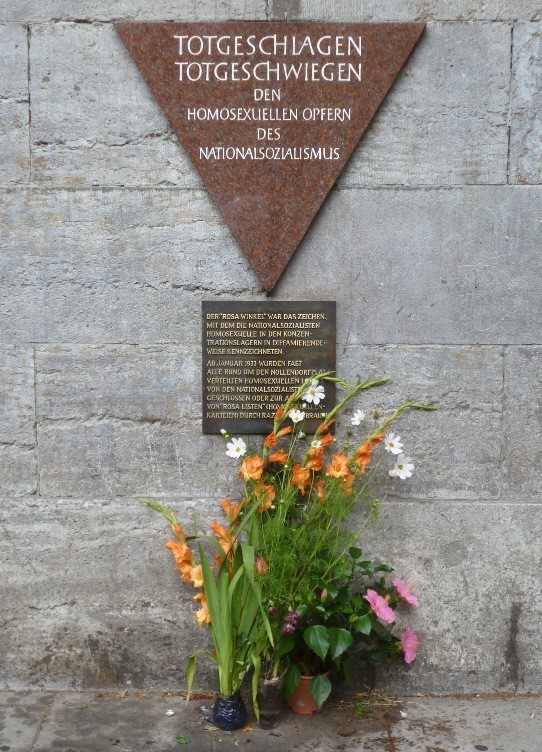