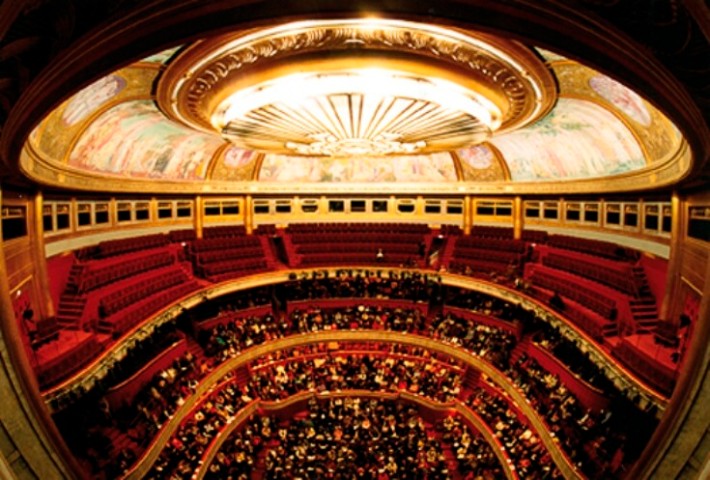 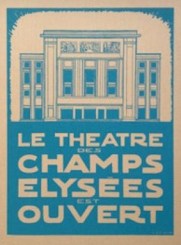 On the eve of the First World War, on the auspiciously palindromic date of 31.3.13, Paris’s Théâtre des Champs-Elysées opened its doors. It was the newest concert hall of a city whose promiscuous flirtation with a vast range of diversions saved it from becoming a stuffy musical centre in the Central European mould.

But the sobriety of this new theatre’s facade signalled the earnestness of its intent. It was designed by Auguste Perret, a specialist in the kind of concrete construction of which the Théâtre des Champs-Elysées was an outstanding example. Here the extravagant gestures were to be confined to the stage and the theatre was a brusque interloper among the Second Empire streetscapes which dominate Paris to this day. Robert Mallet-Stevens’ Art Deco audacities lay ahead in the 1920s, and even then they were confined to a quiet part of town. But here, if not on its namesake thoroughfare then at least nearby on the avenue Montaigne, was a stark ash-coloured temple owing little to the gilt music boxes which otherwise housed the orchestras and opera companies of Paris, their format barely changed since the 18th century.

A few days after the opening, a gala event bigged up the domestic market, with a programme boasting five of France’s greatest living composers. Not that they were entirely happy to share the stage. The tensions between tradition and innovation then simmering in the city’s music scene were exemplified by two figures in particular: Camille Saint-Saëns, champion of high Germanic Romanticism on one side, with Claude Debussy attempting to belatedly drag music into the 20th century on the other.

Those tensions came famously and definitively to breaking point just a few weeks later. That’s when – 100 years ago today – the Ballets-Russes presented a new ballet choreographed by Vaslav Nijinksy to music by Igor Stravinsky. The score of Le Sacre du printemps (The Rite of Spring) emerged out of a deceptively calm beginning and soon erupted with the crushing, rhythmic violence of regeneration and initiation, heedless new green shoots forcing their way through hard, winter-weary ground. At times it sounded like squabbling avalanches, sometimes like the vengeful natural world creeping up behind the human race only to dash it into a fiery sea. This turbulence was met with an equally tumultuous audience reaction, triggering the most notorious music-inspired riot in history. Saint-Saëns was present but made for the door in disgust. Critic, writer and photographer Carl Van Vechten stayed on, and left this vivid account:

I was sitting in a box in which I had rented one seat. Three ladies sat in front of me and a young man occupied the place behind me. He stood up during the course of the ballet to enable himself to see more clearly. The intense excitement under which he was laboring, thanks to the potent force of the music, betrayed itself presently when he began to beat rhythmically on the top of my head with his fists. My emotion was so great that I did not feel the flows for some time. They were perfectly synchronized with the beat of the music. When I did, I turned around. His apology was sincere. We had both been carried beyond ourselves.

(Oh, and then he went back the next night and met Gertrude Stein and Alice B. Toklas, because that’s just how he rolled.)

The performance was one of the pinnacles of invention which made 1913 the annus mirabilis of early Modernism. But the story of its reception continues to resonate so strongly because it implicitly flatters us, we, who smugly imagine that of course we would have sided with the innovators had we been there. In any case it didn’t take long for Stravinsky’s score to be recognised as one of the greatest of the age and by my own utterly unacademic reckoning it contains at least 47 of the 100 most thrilling moments of 20th century music. For a more thoughtful account of the ballet, its genesis and its context I can highly recommend Alex Ross’s The Rest is Noise, while { feuilleton } has some fascinating insights into the evolution of the piece over the last century. 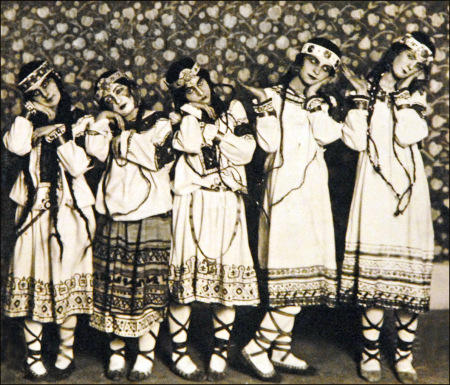 Naturally there were many other renowned performers in the Théâtre des Champs-Elysées after this deafening fanfare of the new age. However I am going to assume you are sufficiently familiar with the likes of Isadora Duncan, Herbert von Karajan, Maria Callas, Arturo Toscanini and Josephine Baker, and ask that you indulge me as I describe some of the lesser known personalities associated with the theatre between the wars.

In 1922 the theatre was purchased by the wealthy and much-married opera singer Ganna Walska. “The only satisfaction my much coveted bank account ever gave me was the opportunity to create a centre of music in Paris at the beautiful Théâtre des Champs-Elysées,” she declared in her memoirs. “It is a well-known fact,” she claimed at another point, “that the Théâtre des Champs-Elysées is the most beautiful theatre in Paris.” Actually it was a far from universal opinion, but this assumption of an objective state of affairs coextensive with her own subjective view was typical for a woman who persisted in her self-perception as a feted diva when the music world regarded her largely as a punchline.

Never let it be said, however, that she didn’t go for adventurous programming. In April 1924, writer, painter and composer Lord Berners presented the premiere of his sole opera, Le Carrosse du Saint-Sacrément. Anyone familiar with Berners’ persona and artistic output, which was hardly of the most radical bent, might be surprised to learn that Stravinsky’s Histoire du Soldat featured on the same bill. In fact Berners was a close friend of Stravinsky’s, even sharing a house with him and Diaghilev in Paris. In any case Berners’ opera was met with warm applause but tepid reviews and had to wait almost 90 years for a revival.

Later that same year René Clair presented a short film in the interval of a piece by Francis Picabia performed by the Ballets Suédois. Entr’acte featured an appearance by Picabia himself, along with Marcel Duchamp, Man Ray and other avant-garde luminaries. With its audacious disdain for conventional narrative, it is widely regarded as the first film to earn the adjective “Surrealist”.

It was a word to be applied with caution, as Valeska Gert discovered to her cost in 1926. Her appearance on the Comédie stage of the Théâtre des Champs-Elysées was announced with posters around Paris (evidently without Gert’s consent) marketing her performance as “Surrealist dance”. The manifesto which defined Surrealism had only recently appeared and its author André Breton zealously policed usage of the label. This provocation by a German dancer could not go uncontested, and he assembled a crack troop of loyalists to stage a protest which was evidently as raucous as that which greeted Le Sacre du printemps. The Surrealists blew whistles and Breton himself leapt on to a seat and loudly asserted that he, and only he, would decide what was surreal and what wasn’t. According to Gert herself the audience alternately shouted “She is amazing! Wonderful!” and “Chuck out the German cow!” Incensed, she broke the fourth wall with a reply of “Vous êtes des idiotes!“. The police were called, Breton and associates taken into custody and Gert was able to finish her performance. She was back in 1930, although her advance publicity wisely omitted any mention of Surrealism.

But what of the chatelaine herself? Ganna Walska was hardly going to resist the lure of an empty stage for long; a stage, what’s more, which she owned. In 1929 she found the subject matter for a new piece in someone who is never far from Strange Flowers’ thoughts:

When several painters after seeing me in “Nozze di Figaro” said how strangely I resembled the portraits of the famous Castiglione, “La Divine Comtesse“, who reigned as Queen of Hearts over the Tuileries and its romantic emperor, Napoleon III, immediately I began to read and learn everything about that legendary beauty and to collect her portraits, of which about nine hundred are in my possession.

Leaving aside the question of reliability in Walska’s account (“several painters”? really?) it was a powerful identification which resonated strongly in the singer’s self-presentation. In Castiglione, Walska had discovered the mirror that only another obsessive narcissist can supply. She engaged the highbrow composer Jacques Ibert to write the music, with the book by Régis Gignoux, who took extensive liberties with the truth. The piece met with no great outpouring of either acclaim or ridicule, and unless a lot changes between now and 2029, sadly its centenary is unlikely to match the interest in Stravinsky’s immortal Rite. 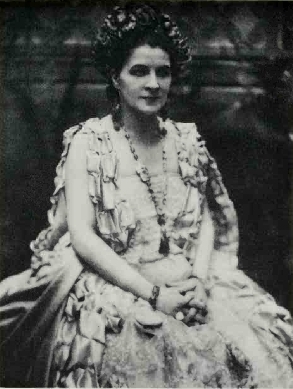