Once you start playing “Six Degrees of Natalie Clifford Barney” you soon encounter most of the interesting writers and artists active in Paris in the first half of the 20th century, who all seemed to have appeared at the poet’s Left Bank salon at one time or other. At the nearest remove is American artist Romaine Brooks; the two were lovers for the better part of 50 years, though monogamy was, much to Brooks’s dismay, a concept foreign to Barney.

Like Barney, Brooks was born into a wealthy family but she grew up, according to her biographer, in “an atmosphere of supernatural evil”, with a cold and distant mother (cf. Edward James). It marked her for life, as the title of her unfinished autobiography — No Pleasant Memories — makes clear. Where Barney shined most brightly in company, Brooks actively disliked many of her circle and was often happiest alone. “I’ve always wondered how two such different women could have remained friends for 62 years,” commented Barney’s longtime housekeeper. “Miss Barney who laughed all the time, and Romaine who was in her studio painting, who never laughed, who hated to go out.” The nature of their relationship was shown in the name and form of their house in the South of France, Villa Trait d’Union (“Hyphen Villa”), a house of two wings — one for each — with one common room in the middle.

Brooks was known for her “lesbian Dandy” look, but it stopped short of drag; she thought Radclyffe Hall and her lover Una Troubridge, for example, had taken the whole butch thing a little too far. Brooks’s portrait of Troubridge is among her best works, though its subject is reported to have anxiously inquired “am I really like that?”.

Brooks’s paintings, with their subdued twilight palette in which grey predominates, found initial success in the years before World War I; the psychological insight into her subjects that so troubled Troubridge prompted Robert de Montesquiou to famously call her “the thief of souls”. Later, though, her works were dismissed as postcards from a vanished social circle or, as Truman Capote put it, “the all-time ultimate gallery of all the famous dykes from 1880 to 1935 or thereabouts”.

Brooks all but gave up painting in 1925, and in later life the mid-tones in her own life turned darker and she descended into depression and paranoia. Towards the end she refused even to see Barney, unable to endure her infidelities any longer. She died on this day in 1970.

Brooks’s reputation has greatly increased in recent years. Whereas Barney’s writings, for example, are all but forgotten, these fearless studies of strong, self-possessed women enjoy a critical reputation far beyond their significance as curios of early 20th century lesbian life. 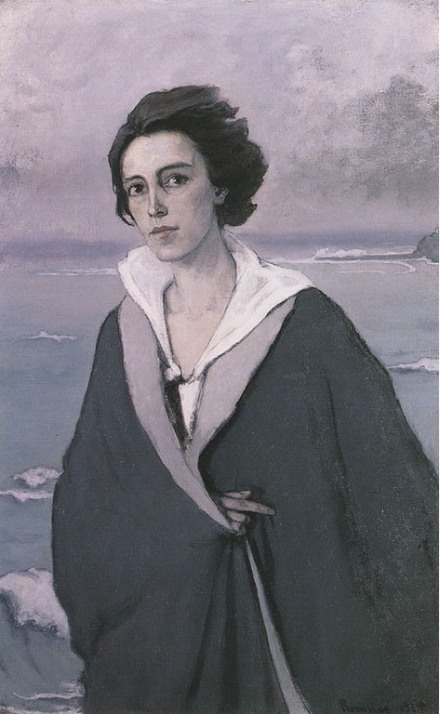