At home with the Duke of Portland

He inherited said estate in 1854, becoming the 5th Duke of Portland. Why we talk about him now and not, say, the 4th Duke of Portland (dull politician) or the 6th Duke of Portland (just dull) is because of what he did with his main digs Welbeck Abbey, specifically, the strangest and most extensive remodelling of a private residence of his era, much of it underground. 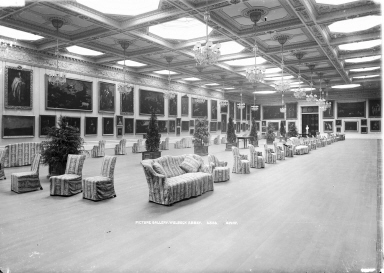 Bentinck, after his brush with normality in early life, became a recluse, apparently after being rebuffed by an actress. Having resolved to see no-one but his valet (who even interpolated when Bentinck was consulted by a doctor), he started building to an obsessive degree. But why? The usual reasons for a major domestic building programme — to offer generous living spaces to one’s large family, to entertain hundreds at a time, or to simply broadcast one’s wealth and prestige to the world — didn’t apply. Theoretically Bentinck was constructing more space in which he might enjoy his solitude, but the Abbey wasn’t small to begin with, and the works meant his home was constantly crowded with workmen.

Miles of tunnels were built under the Abbey, one of which allowed Bentinck to reach the nearest train station unseen. These subterranean passages were built by the same simple yet effective method (digging a hole in the ground then covering it) as the first Underground tunnels in London. Evidently concerned that a lack of natural light might make the place a little gloomy, Bentinck had the walls painted pink and lit by gaslight.

Why the reclusive duke, who shunned all society and even built doors on his bed, should for example build a vast ballroom underground, is just one of the mysteries of Welbeck. The additions continued over 25 years, a compulsive endeavour, and as such Welbeck Abbey can be compared to the Winchester Mystery House and the House on the Rock, sprawling constructions both conceived by recluses, or indeed the flights of architectural fantasy built by Bentinck’s contemporary, Bavarian king Ludwig II. 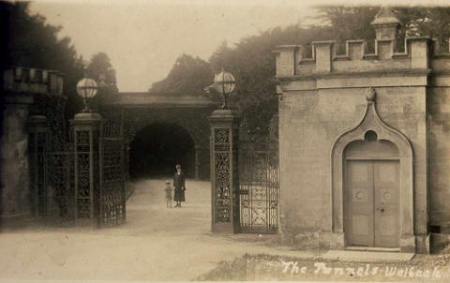 A quiet neighbour in an apartment block can go unseen for years, their motives never questioned. Though it sprang from the same impulse, seclusion on the scale practised by Bentinck inevitably attracted conjecture as to his sanity. The few who did encounter him, his workers especially, judged him to be of sound mind, though none could ever fully explain why he chose to live in a deluxe burrow. When he died this day in 1879, he took the secret of his tunnels back underground with him.