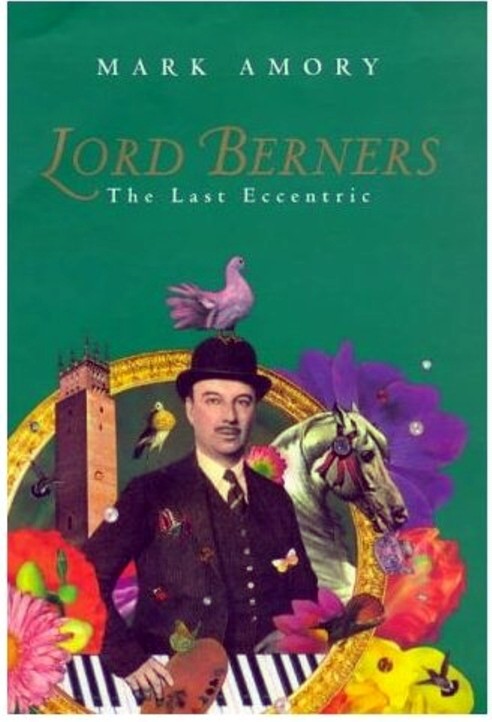 After musing on Musidora yesterday, I present to you a few other events occurring around the start of the (northern) summer. Not that I imagine that the geographically scattered readers here are likely to actually get to these things (although I’d be thrilled if you did, and reported back). It’s more that in writing about people who died long ago, frequently in obscurity, it’s heart-warming to know that their secret influence continues to erupt in unpredictable locations around the globe.

Actually one of them is erupting now, in London, as I blog. “A Queer Orientalism: Sex, Power and Cultural Difference in the ‘Memoirs’ of Sir Edmund Backhouse” is the intriguing title of a talk taking place at Birbeck, University of London. Those scare quotes around ‘Memoirs’ aren’t just decoration; the fabulist Sinologist was notorious for faking not just his research material but also his own life story. I recently got my hands on the only published instalment of those ‘memoirs’, Décadence Mandchoue, and must confess that their libidinous camp insanity proved so overwhelming that I gave up after a couple of chapters.

Slightly more warning: if you should happen to find yourself in south-western Oxfordshire this Friday (a long shot, I know, but hear me out), the very promising “Lord Berners Bizarre Magical Walk” will usher you serenely through the midsummer magic hour and beyond with an amble through the composer/painter/writer’s world. The highlight will surely be Berners’ Faringdon Folly (depicted on the book cover above) the last major folly to be built in England – an appropriate monument to/from the man known as “the last eccentric“.

Later in the summer comes Dorset Opera’s production of Lord Berners’ La Carrosse du Saint-Sacrément, taken from a Prosper Mérimée novella which also inspired Offenbach’s La Périchole. It’s the British première of Berners’ sole operatic work, the only other production occurring decades ago. It was in 1924 at Paris’s Théâtre des Champs-Elysées, at the time owned by Ganna Walska (making her close encounter with Berners at the Ballets Russes even more intriguing). Over a decade earlier the theatre had hosted the Ballets Russes with riotous results, as Stravinsky’s Sacre du printemps blasted new holes in the granite facade of orchestral music. Berners’ opera was not quite so revolutionary, falling into unobserved slumber from which it only now awakens.

Harry Smith made the triply-occupied Lord Berners look like a lightweight, his immense industry and curiosity producing one of the most fascinating, varied and original bodies of work in the 20th century. He is the subject of a new play-in-progress, A Thick Description of Harry Smith (Volume 1), which will be presented in workshop in New York on 28 and 29 June and 1 and 2 July.

This year London has already seen the Royal Jubilee, a celebration of the grotesque error that is hereditary rule, with millions happily accepting the only role assigned to them: gawping peasant. Later in the season said faceless mass slathers itself in the symbols of the nation-state and morphs into stadia loads of slack-jawed spectators for the Olympics. Between these two grim spectacles comes an event which celebrates the life and work of a man who disdained all such hive-minded mediocrity and strode forth under no banner but his own: Julian Maclaren-Ross.

This year marks the 100th birthday of the English writer, who died all too early in 1964. On 9 July the fittingly Fitzrovian venue the Charlotte Street Hotel hosts “Sohemian Rhapsody: A Journey into the Lost World of Bohemian Soho“. The event will feature readings from Maclaren-Ross’s writings, a talk by his biographer Paul Willetts, and – particularly exciting – rare footage of the man himself.

Maclaren-Ross made his way to the capital from Bournemouth in 1935. He was well aware of the literary and bohemian heritage of the city and duly paid his respects at the Café Royal, still popular at the time but no longer London’s uncontested hub for writers, artists and camp followers as it had been a generation earlier. The Café Royal, which only closed its doors in 2008, is rising again. It will form part of a hotel called, confusingly, Café Royal, its opulent Grill Room and Domino Room restored as part of an overall design by David Chipperfield. It’s due to open this summer.