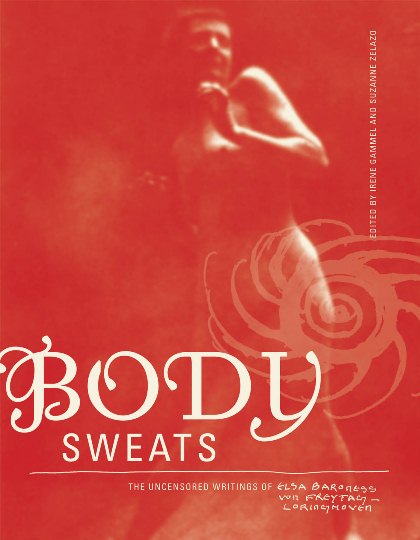 Google Alerts, we need to talk. Day after day you stink out my inbox with links rarely even tangentially related to my search criteria, and yet you ignore something like this. “This” is Body Sweats, a collection of writings by Baroness Elsa von Freytag-Loringhoven, the Dada Baroness, and thus in the shadow world of Strange Flowers a capital B capital D Big Deal. Though it was published in November I’ve only recently found out about it.

It’s a Big Deal because the baroness is generally discussed more in the context of her provocative, performative public identity than her work (mea culpa). The silence which greeted her sculptures, poetry and prose when it first emerged exposed the chauvinism of the Dadaists, often as dismissive of women’s artistic contributions as the bourgeoisie they purported to disdain. This collection is edited by Irene Gammel, who wrote the excellent Baroness Elsa: Gender, Dada and Everyday Modernity – A Cultural Biography, and Suzanne Zelazo.

Here’s a look at the launch of the book and an exhibition dedicated to the life and works of Freytag-Loringhoven:

I hope to talk more about Body Sweats when I get my hands on it, but in the meantime I’ve leafed through 2011’s back pages to see what else I’ve missed (or in some cases, forgotten) of the year’s books.

Another MIT title, Alastair Brotchie’s Alfred Jarry: A Pataphysical Life is the “the first full-length critical biography of Jarry in English”, according to the original publishers Atlas Press. The Atlas list has much to recommend it, trolleying fearlessly down the less-trafficked aisles of the cultural history hypermarket: pataphysics, Dadaism, Absurdism, Surrealism, proto-Surrealism. Titles include works by and about Jacques Rigaut, Hermann Nitsch and Erik Satie as well as the notorious poetic pisstake of Decadence, The Deliquescences of Adoré Floupette. 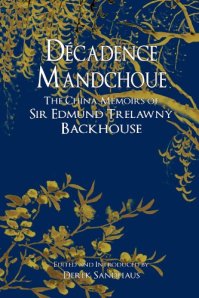 One book I really should have mentioned by now: the memoirs of fabulist Sinologist Sir Edmund Backhouse. A little over a year ago I was lamenting the fact that Backhouse’s “memoirs” (actually a largely invented account of improbable sexual encounters with many of the great figures of the age, from Lord Alfred Douglas to the Dowager Empress) had not yet appeared in print. Not six months later, those self-same memoirs appeared. “If true,” pants the blurb, “Backhouse’s chronicle completely reshapes contemporary historians’ understanding of the era, and provides an account of the Empress Dowager and her inner circle that can only be described as intimate.” (Spoiler alert: it’s not true).

I’m grateful to form is void for opening my eyes to the fascinating Sam Steward, “professor, tattoo artist and sexual renegade”. Like Sir Edmund Backhouse, Steward claimed to have slept with Lord Alfred Douglas, the difference being that in his case it was true. And there were numerous other distinguished names in his meticulously documented list of clothes-optional encounters. Among the numerous virtues of Justin Spring’s book Secret Historian is that it answers the most obtuse question imaginable: what is the missing link between Gertrude Stein and Ed Hardy? 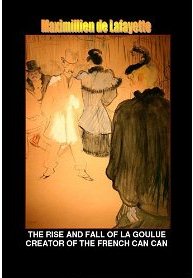 My psyche is still recovering from its first glimpse into the world of Maximillien de Lafayette. I stumbled across him as the author of the first English language biography of can-can star La Goulue. Have a look at the Amazon entry for the book: I urge you in the strongest possible terms to scroll down and read Monsieur Lafayette’s epigrams (e.g. “If the top of your head is made of butter, don’t walk in the sun.”) His website is quite something, the design apparently the result of an experiment whereby meth-addicted lab monkeys are taught rudimentary HTML. The dozens of titles on offer cover everything from hospitality to UFOs. Choose from How to Read Peoples’ Vibes and Know Who They Really Are Just by Looking at Them (See their Aura, Sense their Vibes, Feel their Energy), How Some Famous Ufologists, Ancient Aliens & Ancient Astronauts Theorists Fooled You. Are They So Ignorant Or Simply Dumb? and How to Make Lots of Money from your Restaurant and Don’t Let Employees and Customers Steal from You!! According to the website De Lafayette apparently “wrote more than 1,200 books, 11 Dictionaries, and 9 encyclopedias”, all without recognising the difference between the simple past and the present perfect. Edging out on a limb and assuming the urbanely cravatted figure pictured on the home page hasn’t actually, personally penned 1,200 books, we are left to speculate who or what is responsible for this geyser of published wisdom (Wikipedia-skimming content bot? Consortium of ill-paid freelancers? Aliens?).

I haven’t yet read Nigel Kelly’s recent biography of Quentin Crisp, The Profession of Being, but heartily applaud any serious study of the great unacknowledged philosopher of the 20th century and — much as I imagine the ever-gracious Mr Crisp himself would have done —  I pass politely over the cover without comment. Meanwhile, the last collection of unpublished Crisp writings, Dusty Answers, remains…unpublished.

There is but one degree of separation between the late Mr Crisp and the German illustrator, writer and ambulant performance piece Alastair. The missing link is the Marchesa Casati, who once served as Alastair’s muse and patron and later – well into her decline – encountered Crisp in London. Thanks to feuilleton for pointing out a new monograph featuring Alastair’s rarefied, demonic, rococo graphic work. It seems to largely duplicate the efforts of Victor Arwas’ out-of-print Alastair: Illustrator of Decadence, but until Alastair’s extraordinary life and work get the full-scale chi-chi coffee table treatment they so richly deserve, any new compendium is welcome. Oh, and if you want to know how much it would cost to find Alastair’s illustrations in their natural habitat, check out some eye-watering prices at Bookride.

More sulphurous imagery from Daemons of Pleasure, a collection of theoretical writings by Austin Osman Spare, better known as an artist, with an introduction from the brilliant Genesis P-Orridge. It appears to be in purely digital form at present. For German readers, a new translation Austin Osman Spare: Kunst und Magie was also published recently.

The Life and Secrets of Almina Carnarvon by William Cross is the first biography of the wife of the 5th Earl of Carnarvon, of busting-open-Tutankhamun’s-tomb-and-dying fame. Almina, most probably an illegitimate Rothschild, was clearly a fascinating woman in her own right. “Here opening up before us the physical and emotional idiosyncrasies of our Victorian and Edwardian ‘betters’,” aver the publishers, “the philanthropists, the litigants, the loveless unions, the skeletons half in and half out of the closet, the gamblers, the rakes and adulterers, all written with an authentic eye on the facts as far as they can be established glimpsed through the ever closing ranks of the British aristocracy.”

Finally, a catalogue of artworks related to our old friend Raymond Roussel. Locus Solus takes its name from a novel written by Roussel in 1914, about a wealthy eccentric who surrounds himself with bizarre marvels (which, incidentally, is a servicable description of the writer’s own career). The name “Locus Solus” is here applied to a Madrid exhibition exploring the French writer in the context of visual art, which I hope to report on next week.

Please leave a comment if you think I’ve left out any unsung 2011 titles with Strange Flowers appeal!

Meanwhile, for a zesty, satisfying serving of books that everyone has more or less ignored over the years, I invite you to discover my new favourite blog, the auto-explanatory Writers No One Reads. The unappreciated talents and singular personalities profiled include Stefan Grabinski, “the Polish Poe”; Aloysius Bertrand, most maudit of poètes; and Romanian Surrealist suicide, Ghérasim Luca. The excerpts and author descriptions make you want to instantly render the blog’s name untrue.