The ghosts of Versailles 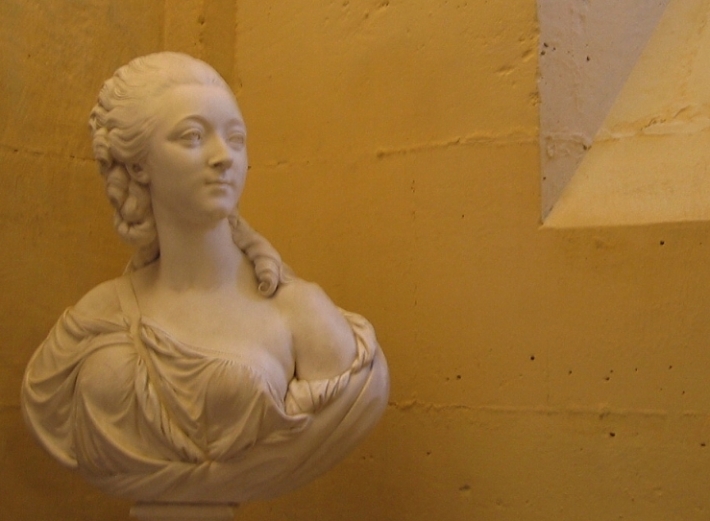 After some days of sight-seeing in Paris, to which we were almost strangers, on an August afternoon, 1901, Miss Lamont and I went to Versailles. We had very hazy ideas as to where it was or what there was to be seen. Both of us thought it might prove to be a dull expedition. We went by train, and walked through the rooms and galleries of the Palace with interest, though we constantly regretted our inability through ignorance to feel properly the charm of the place. My knowledge of French history was limited to the very little I had learnt in the schoolroom, historical novels, and the first volume of Justin McCarthy’s French Revolution. Over thirty years before my brother had written a prize poem on Marie Antoinette, for whom at the time I had felt much enthusiasm. But the German occupation was chiefly in our minds, and Miss Lamont and I thought and spoke of it several times. We sat down in the Salle des Glaces, where a very sweet air was blowing in at the open windows over the flower-beds below, and finding that there was time to spare, I suggested our going to the Petit Trianon.

So begins a book originally published in 1911, recording events which transpired on this day in 1901. An Adventure was credited to Elizabeth Morison and Frances Lamont, but its actual authors were Charlotte Anne Moberly and Eleanor Jourdain.

Their real identities are the least of the mysteries raised by the book. For what they claim to have witnessed once they made it to the Petit Trianon was nothing less than a time slip, a temporal slide to the ancien régime. The Petit Trianon, you may recall, was the modestly-proportioned mansion in the vast grounds of Versailles where Marie Antoinette played at being a bonne bourgeoise (when she wasn’t yukking it up as a milkmaid in her own private village).

Here the two English ladies claim to have seen courtly goings on, costumed cavortings as one might have witnessed there in the late 18th century, encountering, among others, a man and a woman whose descriptions match those of Louis XVI and Marie Antoinette. Ghost sightings, especially in such places of rich historical association as Versailles, are far from rare. What distinguished the “Moberly-Jourdain Incident” (as it became known) was that two people claimed to have witnessed the very same thing, and not just anyone, but Oxford academics with – it was presumed – little motivation to fantasise.

Astute readers noticed that the telling became slightly more embellished with each new edition of the book, which bore at least the trappings of scholastic rigour in the form of footnotes and appended maps. But the story retained its grip on the popular imagination and was examined from every angle, most thoroughly in Lucille Iremonger’s 1957 book The Ghosts of Versailles. Iremonger effectively outs the two (long-dead) women, neatly delineating their butch-femme roles (Moberly and Jourdain, respectively). Having deposited them beyond the bounds of prevailing morality of the time, it was no great stretch to characterise their experience as some kind of mutual hysteria.

Jean Cocteau wrote the preface to a 1960 French edition of An Adventure, hyping the story as “the greatest of all time” while lamenting the rational sciences’ resistance to the magic of such phenomena. The episode spoke to his wilful belief in the persistence of a poetic reality impervious to the illusions of the material world. The same year he produced his patchy, self-indulgent film Le Testament d’Orphée. Here the theme of time travel and the heavy, dream-like atmosphere of An Adventure which so captivated Cocteau are made manifest. Early in the film, Cocteau casts himself as a pre-revolutionary nobleman who slips through time to encounter a scientist at various stages in his life.

But what actually happened on August 10, 1901? The most astonishing part of the story is that the Misses Moberly and Jourdain may not, in fact, have invented their testimony, that they in all likelihood saw exactly what they claimed to have seen. Only, it wasn’t a previous age they had stumbled across, but a kind of retro drag fête galante, starring another French poet and frequent guest to Strange Flowers. The mystery, which endured for over half a century, was solved by Philippe Jullian in 1965:

[Robert de] Montesquiou and [Gabriel de] Yturri spent their days in the Trianon gardens, enticing elegant ladies and poets to listen to [Pierre de] Nolhac and Montesquiou himself; Mme [Élisabeth] Greffuhle organised a costumed charity fête in the Dairy. They were truly at home here and so they might represent an explanation for the singular encounter made in the gardens of the Petit Trianon by two extremely sensible Englishwomen, teachers at an Oxford college. Under the title An Adventure, these ladies published an account of apparitions and personalities in strange costumes, mysterious music to which they were both witness. Perhaps these people, whom they took to be Marie-Antoinette and her courtesans, were simply Madam Greffuhle dressed as a shepherdess, rehearsing a divertissement with her two friends. Or maybe Mme [Marquise] d’Hervey de Saint-Denis, of whom Robert owned numerous photographs showing her dressed as Marie-Antoinette.

Montesquiou’s penchant for dressing up and his nostalgia for pre-revolutionary France are well documented (one of his homes was based on the Petit Trianon’s big sister, the Grand Trianon). Marie Antoinette, according to Jullian’s explanation, was if not the French queen at least a French queen, most likely one of Montesquiou’s friends in drag.

Terry Castle deals extensively with the case in her 1995 book The Female Thermometer: Eighteenth-Century Culture and the Invention of the Uncanny. She is dismissive of Jullian’s theory, saying “it was alleged that Montesquiou had at one time lived in a house at Versailles and held fancy-dress parties there”. Had she researched further she would have discovered that Montesquiou had most definitely lived in Versailles (in the “Pavillon Montesquiou”), but that at the time of the Moberly-Jourdain Incident he was living in nearby Neuilly. While essentially returning an open verdict, Castle’s closest guess is remarkably close to Iremonger’s pseudo-psychoanalytical conclusion that the ghosts of Versailles which Moberly and Jourdain witnessed were the result of a “folie à deux“.

Since 1921, Montesquiou has himself been a ghost of Versailles, buried there next to his lover Yturri. 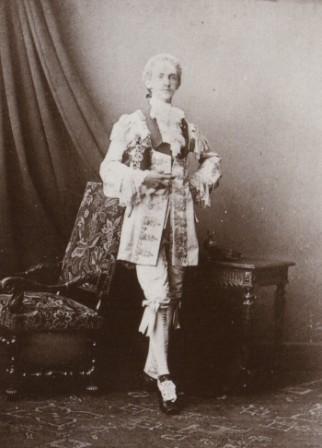