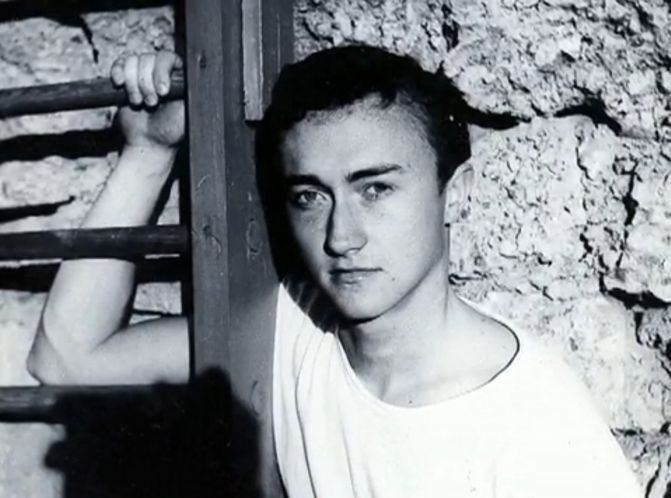 American filmmaker Curtis Harrington died five years ago today. His memorial service was evidently quite the to-do, the eulogy read by an actor from a 1950s series of Superman with interjections by Kenneth Anger – a neat illustration of Harrington’s intersecting worlds.

Harrington was more or less the same age as Anger, and both filmmakers grew up in Los Angeles obsessed with movies and apparently emboldened by their proximity to Hollywood to take the means of production into their own hands. Harrington’s idiosyncratic career began in 1942 (around the time of Anger’s own first experiments) with a home-made adaptation of Poe’s Fall of the House of Usher. As a child, Harrington had been mesmerised by Edgar Allan Poe’s short stories. Throughout the director’s own career there are echoes not only of Poe’s arch morbidity but also his blend of pen-for-hire pragmatism and creative innovation.

Few, after all, have bridged the avant-garde and the commercial as deftly as Harrington. He impressed Maya Deren with his experimental films while adapting a schlocky Russian sci-fi movie for American consumption, wrote for Cahiers du Cinéma and directed episodes of Charlie’s Angels, was equally comfortable analysing the arthouse and the grindhouse.

In 1954 Harrington appeared as an actor in Anger’s Inauguration of the Pleasure Dome which also featured Marjorie Cameron, whose artwork was the focus of Harrington’s little-seen short Wormwood Star the following year. Cameron was once again on hand when Harrington finally made his first feature, the independently-produced Night Tide (1961) which also gave Dennis Hopper one of his first starring film roles, as a sailor in love with a mermaid.

Harrington’s subsequent work often ended up in late-night limbo, but even his most mainstream films were invested with an eerie otherness, and it was with evident pride that he noted that “they all have a tragic ending, every one of them.” Another constant was his gift for creating strong female roles and casting strong females to perform them, including Simone Signoret, Shelley Winters and Gloria Swanson. He even coaxed a serviceable performance out of Sylvia Kristel.

Harrington’s obsessions were nothing if not durable and in 2002 he ended his career with another version of The Fall of the House of Usher, 60 years after his first.

All of this can be seen in the 25-minute documentary below, and there’s a great interview with Harrington here.