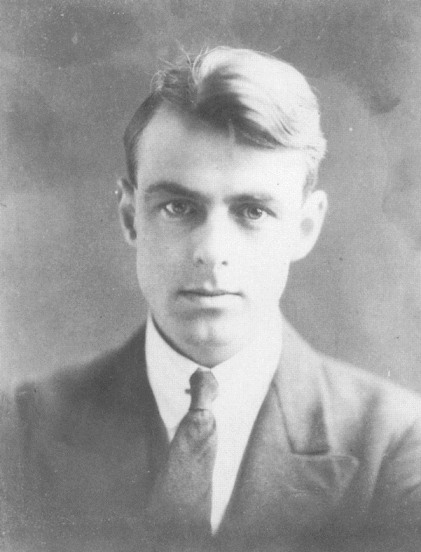 New Zealand-born poet Count Geoffrey Potocki de Montalk died on this day 15 years ago. If remembered at all it is generally as a bizarrely-garbed right-wing crank, obsessed with his imagined claim to the Polish throne. He also belongs to an embarrassingly large group of poets I’ve written about on Strange Flowers whose poetry I’m largely unfamiliar with. In fairness, it’s not the easiest body of work to lay one’s hands on, so when I recently came across these verses, dating from 1930, I thought I should pass them on. They preserve an Antipodean’s fresh view of London, the first, a Whistler-esque impression of the Thames, the second a fog-bound homesick reverie.

From Battersea Bridge at Midnight

Looking over toward London, the slim
Straight lines of light from the lamps along the river
Meticulously made,
Most classically shadowed there, a prim
Silver colonnade.

But up the stream a glowing faery isle
And clustered lights all ravishingly quiver
(Where in the daytime seas
Wash wearily about the power-house, while
The heart is ill at ease).

And a little boat with lights green, yellow and red,
Is turned into a magical Chinese
Duck, whose long wake is
A right-triangle, far past the imagined
Island’s isosceles.

The lamps burn with a blurry gold in the daytime
And the high noon is become a pearl-cold morning—
(Three o’clock in the New Zealand hay-time,
Cattle looming in the half dark, farmers yawning).

No one can tell beyond these misty veils
Whether there be a long Australian shore,
Or flannel-flowers under tall bluegums, and a stream.
Even where the city’s noise (for the illusion fails)
Cannot be taken for a river’s roar,
Wren’s ugly churches turn to a graceful dream.
Modestly through the dreamy light St. Clement Dane’s
Aspires when all is quiet to caress
(For she would have it otherwise, she feigns)
St. Mary-le-Strand’s white virgin wistfulness.