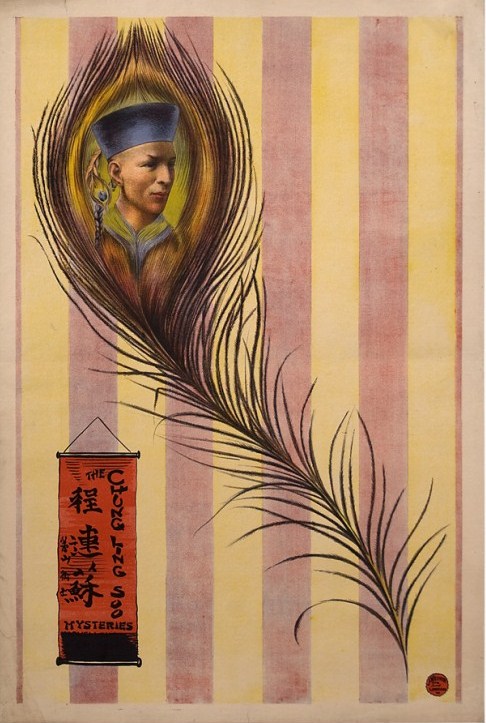 Poor Chung Ling Soo (né William Robertson), long-running yellowface magic act, died on this day a hundred years ago having failed to dodge the bullet. After years of speaking nothing but a kind of gibberish meant to approximate Mandarin, his first and last English stage patter after his ‘catching the bullet’ act went disastrously wrong at London’s Wood Green Empire Theatre was “Oh my God. Something’s happened. Lower the curtain”. Below, the only known footage of the faux Chinese Chung.