Back to The Pleasure Garden 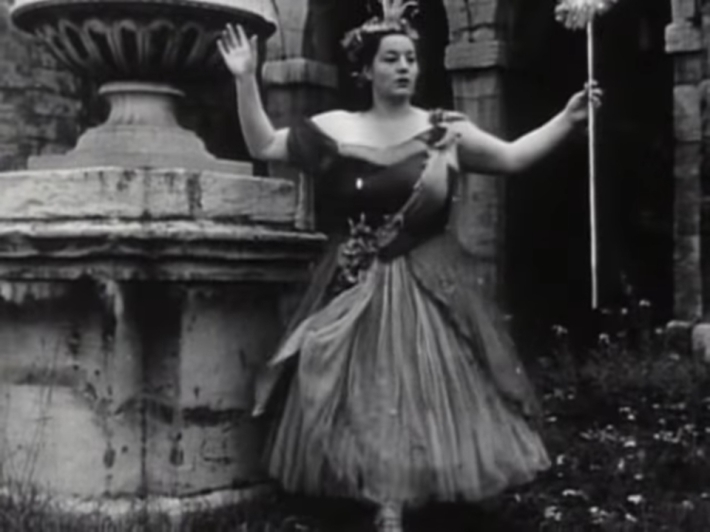 A few years ago I watched and wrote about the 1953 medium-length film The Pleasure Garden. Directed by American poet James Broughton, it was shot in the grounds of London’s Crystal Palace, which had burned down years before. As I wrote at the time, the scampering style of this filmic curio is an acquired taste, but its animating principles were extraordinarily progressive, even radical. To single out just one example, it shows two men getting married – decades before gay sex became legal in the UK, and 60 years before marriage equality became real.

My reason for mentioning this is that I have just found a video of it online, which was not available when I first posted about The Pleasure Garden. Not only that, today just happens to be the birthday of one of its stars, Hattie Jacques (1922-1980). What are the odds? Her performance is one of the numerous truly odd things about this film. To anyone unfamiliar with the equivocal pleasures of the later “Carry On” films of which she was a fixture, it is difficult to explain why the sight of Hattie Jacques dancing around a bandstand dressed as a fairy godmother is a remarkable thing. But it is.

You can read my thoughts on the film here. But for now, ladles and jellyspoons, I give you [ridiculously hammy drumroll followed by deafening cymbal crash] THE PLEASURE GARDEN!

* click here if you can’t see the embedded video