Edith Olivier at the entrance to Daye House by Rex Whistler 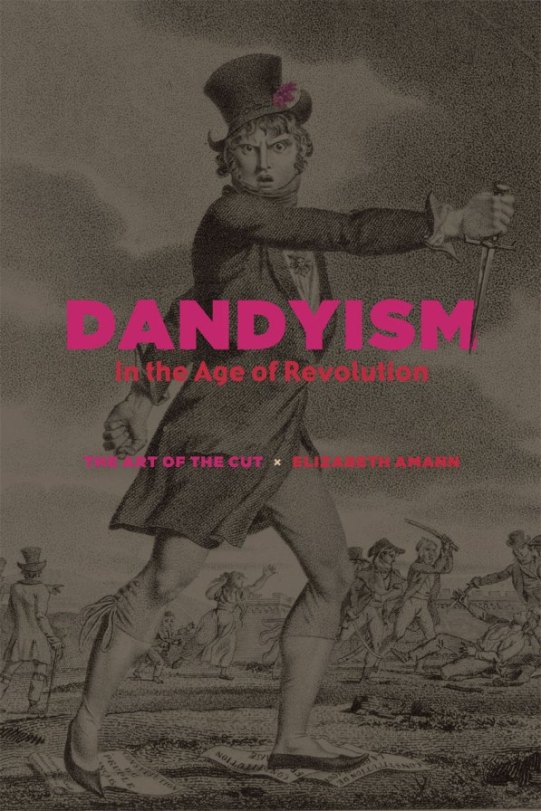 The year 1800, or thereabouts, has always been a line in the sand marking the beginning of Strange Flowers’ notional timeline. It’s not completely arbitrary: it is around then that the assertion of radical individuality becomes apparent in cultural history. Naturally there had been compellingly singular figures before that, but with the American and French Revolutions and ensuing upheavals, including the rise of Romanticism, came something recognisably akin to our present-day ordering of Western society. And that order brought with it the possibility of presenting a persona not merely derived from one’s assigned station in life.

The finest example of this is the dandy, who embodied a self-willed nobility appropriate to the age of Napoleon, the ultimate self-made man. Published this week, Dandyism in the Age of Revolution: The Art of the Cut finds the rebel in the dandy, although author Elizabeth Amann concedes that it is not always easy to recognise: “We tend to think of the dandy as disengaged and indifferent, too superficial to espouse a political cause and too self-absorbed to care about society.” Amann looks beyond the classic Regency mode of Dandyism, examining the Muscadins and Incroyables and other tribes of 1790s Paris – both revolutionaries and reactionaries – and the sartorial codes by which they communicated their political allegiances. 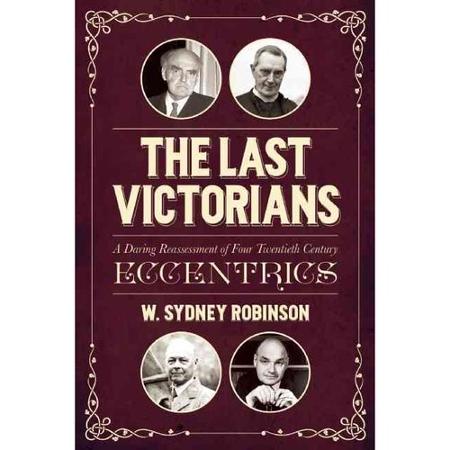 The quartet profiled in W. Sydney Robinson’s The Last Victorians are Victorians only in the sense of being born before 1901 (and Arthur Bryant only just), all coming to prominence later in the 20th century. Life-writing enthusiasts will recognise the format as a borrowing from Lytton Strachey’s radical quadruple biography, Eminent Victorians (1918). In reevaluating Florence Nightingale, Cardinal Manning, General Gordon and Thomas Arnold, Strachey was calling the entire foundation of Victorian Britain into question. Robinson’s subtitle – A Daring Reassessment of Four Twentieth Century Eccentrics – is promising, but his subjects (a government minister, a historian, a cleric, a broadcasting executive) are hardly sacred cows. Does anyone reading this have any long-cherished illusions about W. R. Inge they can’t bear to see up-ended? Or even know who W. R. Inge was?

Both incontestably Victorian and undeniably eccentric, Frederick Rolfe is the subject of Rolfe, Rose, Corvo, Crabbe by Miroslaw Aleksander Miernik, which concentrates on the writer’s multiple personae and posthumous reputation. It’s more a thesis than a page-turner, but that’s precisely what makes it significant, indicating as it does that Rolfe may belatedly be coming into academic focus. Readers looking for a more accessible entrée to Rolfe’s legacy are directed to Robert Scoble’s recent The Corvo Cult.

This year marks 100 years – more or less – since the anti-art movement Dada emerged out of New York and Zurich. I say “more or less” as it wasn’t until the following year that the Cabaret Voltaire opened and Hugo Ball issued the first Dada manifesto. But in February 1915, Ball delivered his bitter, unsentimental Memorial for Fallen Poets in the capital of wartime Germany, a key moment for the performance wing of what would later be termed Dada. That same year he ended up in Zurich with his wife, writer Emmy Hennings, along with Hans Arp and Tristan Tzara, while Francis Picabia and Marcel Duchamp settled in New York. The movement might not have had a name, but by 1915 its key components were all in place.

Ball is the cover star of Jed Rasula’s wonderfully titled Destruction was my Beatrice (actually a quote from Stéphane Mallarmé), which is due out in June and claims to be “the first narrative history of the emergence, decline, and legacy of Dada”. If I tell you there is also a forthcoming book reassessing the role of women in Dadaism, without scrolling down you already know it’s going to be called Mamas of Dada, right?

Barbara McCloskey’s The Exile of Georg Grosz examines the post-Dada career of another prominent Dadaist. According to John Heartfield, he and George Grosz received membership cards for the German Communist Party from the hands of Rosa Luxemburg on New Year’s Eve, 1918. It’s a deeply symbolic exchange, as revolutionary momentum passed from dyed-in-the-wool Marxists to the rabble of artists parading under the banner of Dada. Just over two weeks later Luxemburg was assassinated and her Spartacist rebellion crushed. But Grosz and his associates channelled their fury into their art right through the Weimar Republic and into exile. 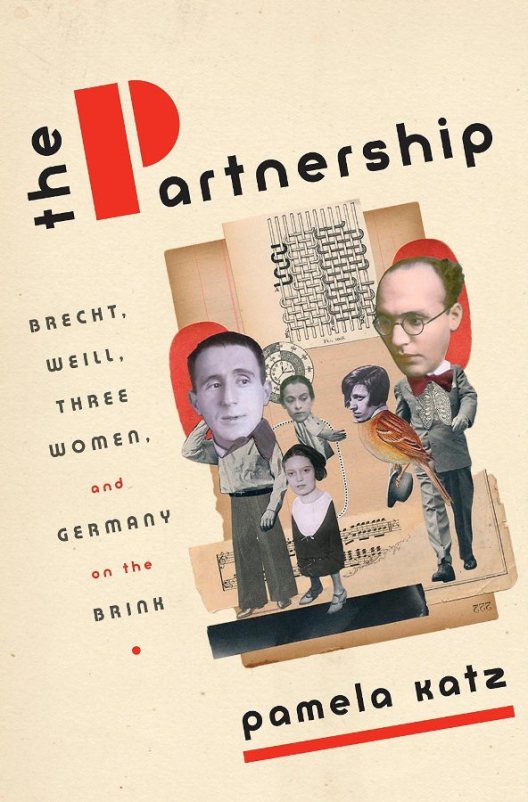 In observing the death last week of another German exile, Luise Rainer, many reports naturally concentrated on her achievement in winning back-to-back Oscars. But reflecting further on her passing, it occurred to me that with her goes the last living link to the Weimar performance tradition: Rainer took dance lessons from Mary Wigman, was schooled in stagecraft by Max Reinhardt and later inspired Brecht’s Caucasian Chalk Circle.

The ferment of Weimar creativity is further examined in The Partnership by Pamela Katz, who co-wrote 2012’s biopic Hannah Arendt. The book opens in 1927 with the meeting of Bertolt Brecht and his most famous collaborator, Kurt Weill, and sheds light on a lesser-known (and under-credited) co-writer, Elisabeth Hauptmann. It also looks at Brecht and Weill’s actress wives, Helene Weigel and Lotte Lenya (respectively). 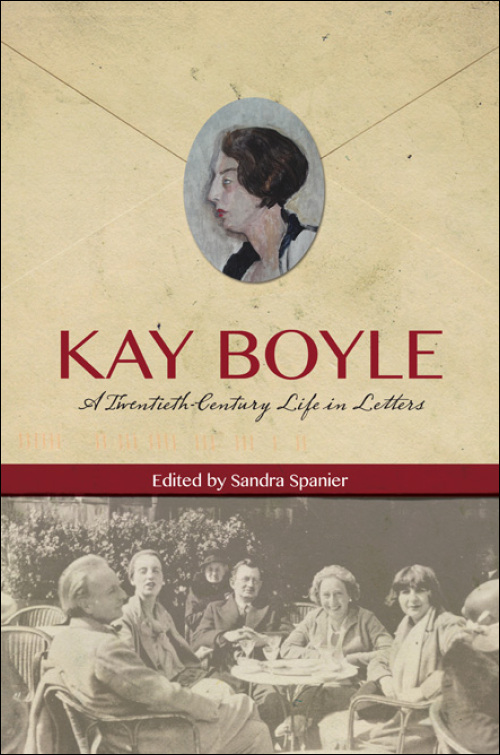 Around the same time that Brecht met Weill, Harry Crosby was looking for a scarf for his wife Caresse when he first encountered Kay Boyle, who was working in Raymond Duncan‘s Paris boutique – seriously, that’s the kind of para-historical factoid I live for. It also hints at the wonders promised by a forthcoming volume of Boyle’s letters, of which there were apparently around 30,000. “One of the Lost Generation modernists who gathered in 1920s Paris, Kay Boyle published more than forty books, including fifteen novels, eleven collections of short fiction, eight volumes of poetry, three children’s books, and various essays and translations. Yet her achievement can be even better appreciated through her letters to the literary and cultural titans of her time.” 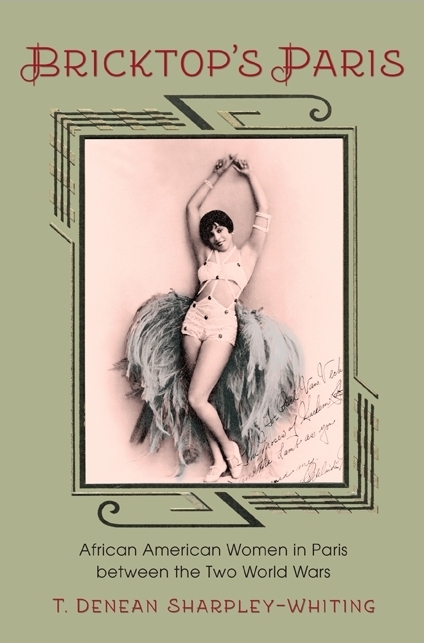 Boyle was just one of numerous American women who gravitated to Paris at that time who felt it more sympathetic to their artistic temperament, sexuality or race, or – in the case of performer Ada Smith, a.k.a. Bricktop – all of the above. Bricktop’s Paris, by T. Denean Sharpley-Whiting, uses both fiction and non-fiction to depict women of colour in the City of Light.

More postcards from the margins in Almost Famous Women. Published tomorrow, Megan Mayhew Bergman’s book weaves stories around the real lives of Dolly Wilde, Joe Carstairs and other characters to whom Strange Flowers hasn’t yet been introduced but is sure it will like.

The (northern) spring opens this year with three books about Rex Whistler on the same day. Hugh and Mirabel Cecil, authors of 2012’s In Search of Rex Whistler, return with two books which delve further into the sources of their subject’s elegant, fantastical works. Love and War and Family, Friendships, Landscapes are available individually or in the stunning slipcase pictured above, based on Whistler’s design for a Hans Christian Andersen collection, and cover the artist’s personal connections, both romantic and otherwise (Whistler’s heterosexuality never ceases to surprise).

Rounding out the trio is A Curious Friendship, in which Anna Thomasson explores Whistler’s relationship with the much older writer Edith Olivier, who became something of a den mother to the Bright Young Things, who frequently gathered at her home, Daye House. It’s not immediately clear why Whistler should be experiencing such a rush of attention now, although the fact that his works enter the public domain this year can’t hurt.

Finally we come to Jean Findlay’s Chasing Lost Time. I recall seeing reviews for this biography of C. K. Scott Moncrieff last year, but it appears to have been held over. Best known as the first major translator of Proust into English, Moncrieff was clearly a complex character:

From the outside an enigma, Scott Moncrieff left a trail of writings that describe a man expert at living a paradoxical life: fervent Catholic convert and homosexual, gregarious party-goer and deeply lonely, interwar spy in Mussolini’s Italy and public man of letters – a man for whom honour was the most abiding principle. He was a decorated war hero, and his letters home are an unusually light take on day-to-day life on the front. Described as ‘offensively brave’, he was severely injured in 1917 and, convalescing in London, became a lynchpin of literary society – friends with Robert Graves and Noel Coward, enemies with Siegfried Sassoon and in love with Wilfred Owen.