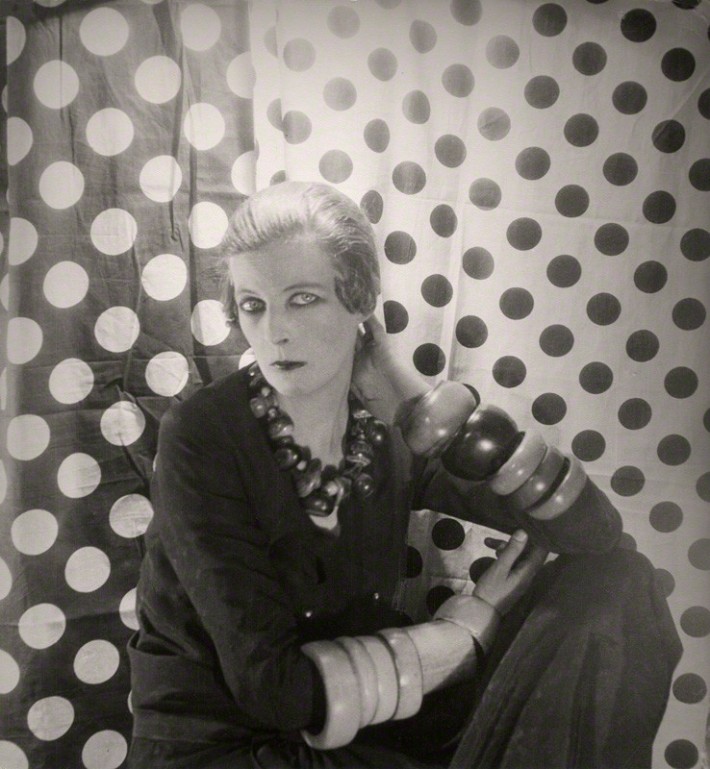 Nancy Cunard – writer, publisher, activist – was born on this day in 1896. She is currently the subject of an exhibition at the Musée du Quai Branly in Paris, specifically her extensive Negro Anthology, published 80 years ago.

Like American writer and photographer Carl Van Vechten, Cunard was suspected of radical chic tendencies in her championing of black culture. However the duration of her commitment as well as the sheer scope of the anthology should stand for her sincerity, even as its title draws attention to the shifts in identity politics between now and then. If from this remove Cunard, and Van Vechten for that manner, sometimes appear gauche in their evidently earnest interest in the black experience, we would do well to remember how few opportunities their age offered for black and white cultures to meet on an equal footing. Curator Sarah Frioux-Salgas explains the significance of the Negro Anthology:

The contributors were militants, journalists, artists, university staff; African-Americans, people from the Caribbean, Africa, Latino-America, America, Europe; women and men. Some of them had been colonised, discriminated against, segregated. This anthology was both a history of the black Americas and of Africa through time but also a political and cultural history of its time. It also revealed the transnational and multi-faceted character of the anti-racist and anti-colonialist struggles of the 1930s, and illustrates the international and transcultural formation that Paul Gilroy called “the Black Atlantic”. Negro Anthology thus carries the reader on a journey between the black Americas, Africa and Europe.

Nancy Cunard was a poet, model, editor, collector, militant, journalist and anti-conformist who symbolises a period in which the artistic and literary avant-garde became intertwined with the political world. Through the great themes examined in Negro Anthology we will present the transnational artistic, literary and political networks constructed by Nancy Cunard in the years between 1910 and 1930, and which have made this anthology a monument to black history.