In 1899, author Jean Lorrain reviewed an exhibition by a young artist named Georges Bottini who found inspiration in the dance halls, bars, theatres and brothels of Belle Époque Paris. The writer lauded both the “sooty atmosphere” and “innate elegance” of Bottini’s depiction of this demi-mondaine milieu, one which was very familiar to the noctivagant Lorrain. He returned to it frequently in his writings; his 1904 novel La Maison Philibert, for instance, which was thrashed out to pay the legal fees for one of his numerous libel cases, is a depiction of prostitution written for the vicarious titillation of a bourgeois readership. Bottini was a natural choice as illustrator, and he supplied both line drawings and – as shown below – colour illustrations. Despite his evident talent, Bottini was never far from penury and died in 1907, aged just 33. 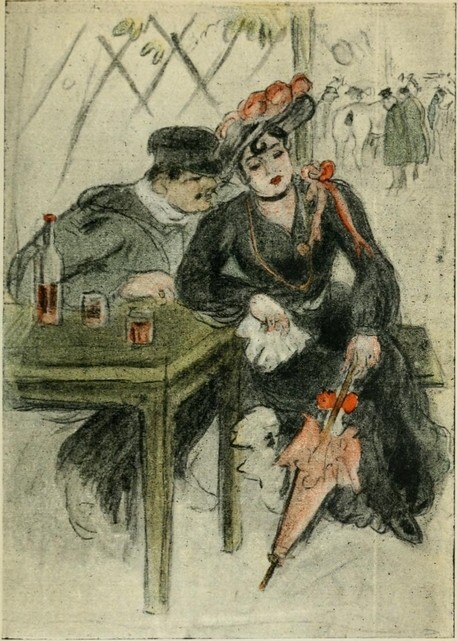