After last week’s gawp at courtesan Liane de Pougy, who better to provide sartorial guidance this week than Diane de Rougy, an enigmatic dancer spied at Cambridge in the 1890s.

Now, you’re reading this so I’m going to assume you’re a worldly, astute kind of a person, and you may well have divined that Diane de Rougy is an assumed name. Good for you. It was in fact the nom de guerre of one Herbert Charles “Jerome” Pollitt (1871-1942), whose act offered an hommage to the French courtesan while also burlesquing the wafty organza extravaganzas of another DDF alumnus, Loie Fuller. Little is known of Pollitt’s later life, but early on he provided a fascinating link between 1890s Decadents and 20th century occultists. He was a subject of Whistler, a friend of Oscar Wilde and Aubrey Beardsley, and was veiled in organza-thin fiction by E. F. Benson. He was, further, immortalised in verse by his lover Aleister Crowley. The necromancer, not yet grown into his “Great Beast” infamy, stated simply that “I lived with Pollitt as his wife for some six months and he made a poet out of me”.

Pollitt was born to a wealthy family and besides his stage work, he did little according to the conventional understanding of “doing”. Leaving his medicine studies behind he supported artists, particularly Whistler and Beardsley, as a patron and collector. Sadly there is little accessible evidence of Pollitt in his Rougy persona. In the index of Pollitt’s papers held at Harvard’s Houghton Library there is tantalising mention of an album of 50 photographs depicting Pollitt in performance mode, although they don’t appear to have been published or digitalised. Here, then, are the few readily available images of Pollitt in and out of drag, including a sketch by Whistler: 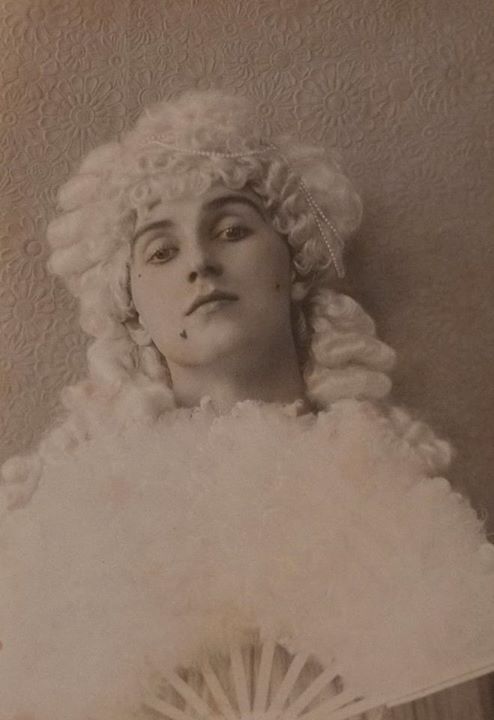 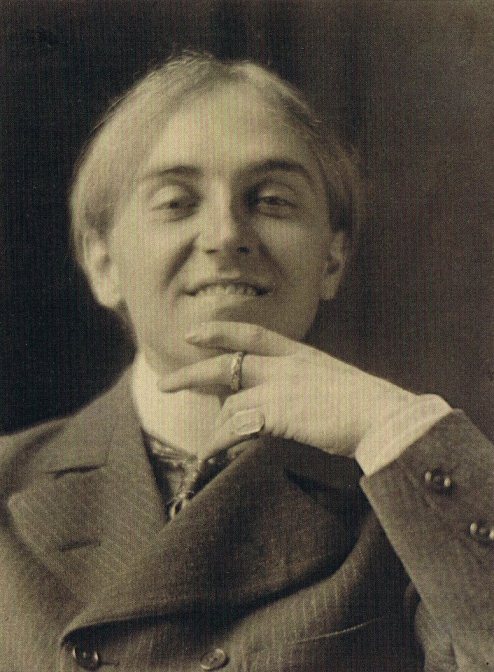