Like her great rival La Belle Otero, French Belle Époque courtesan Liane de Pougy was a hugely popular postcard motif of the era. Their blue-blooded suitors may have showered them with gifts and hard currency, but the humblest admirer could buy a piece of the grandes horizontales (or at least their likenesses) for just a few centimes.

Pougy had a home-crowd advantage against the Spanish-born Otero, and her risqué profession was balanced in the public imagination by her sophistication and culture. And while she attracted clients every bit as prestigious as Otero’s, Pougy was much shrewder in shaping and using her image to her own ends. Like Ganna Walska in later years, Pougy embodied a conception of fame which appears eerily redolent of our own age. She complemented her magnetic beauty with a keen fashion sense, sporting a Marcel wave from the hands of the original Marcel (Grateau) himself, with the creations of the age’s greatest designers hugging her snowy white shoulders and tiny waist. In an age of considerable social mobility, Pougy patronised the houses of Fortuny, Paguin, Worth, Poiret and Doucet alongside the noble and royal wives of her clients. She even appeared in fashion advertisements and was the first of many celebrities (including Ganna Walska) to launch a namesake scent.

Pougy also knew how to commoditise the public’s fascination with her love life, and in her book Idylle Sapphique she casts a gossamer veil of fiction over her affair with Natalie Barney. The famed saloniste first spied Pougy in the Bois de Boulogne, wrapped in ermine. Smitten, Barney presented herself en garconne as “the page of love”. She won Pougy over, despite the courtesan’s customary aversion to the mannish female (“We liked long hair, beautiful bosoms, pouts and glances, charm, grace; not woman-boys”).

In comparing the postcard images below with a similar set of Otero, there are some curious parallels. Both, for example, toy with improbable personae, appearing as humble Brides of Christ and in haughty regal splendour. For Pougy, these roles were prophetic – in 1910 she married a prince (Georges Ghika) and in later years served as a Dominican nun, dying in 1950. 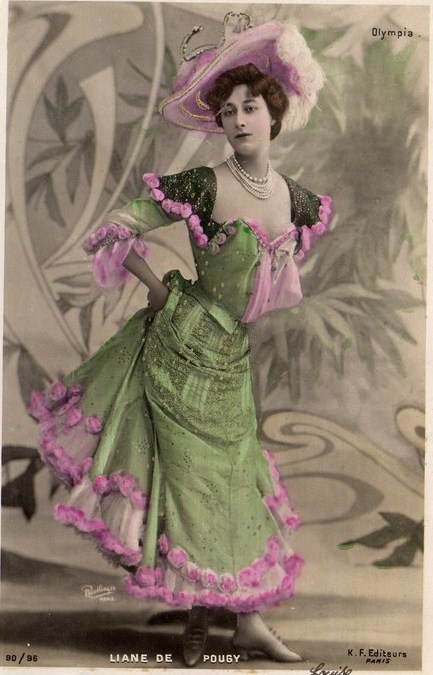 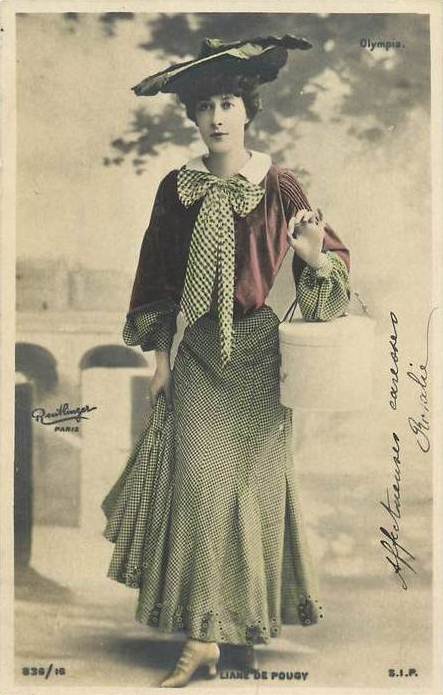