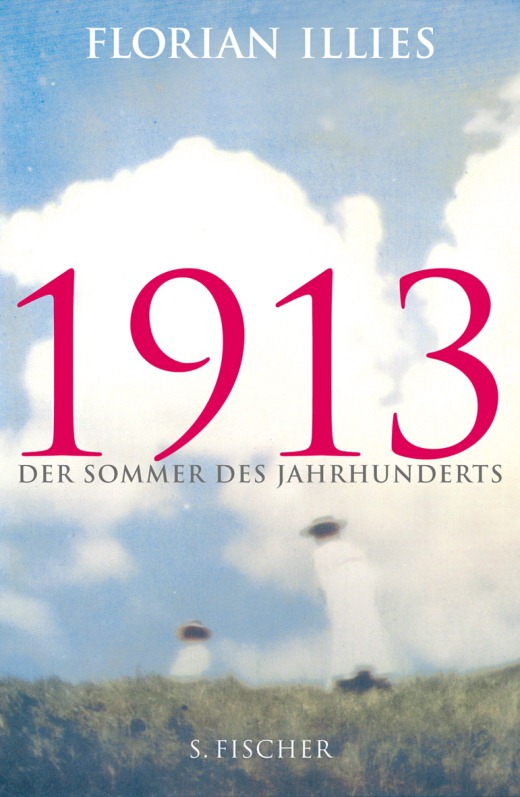 Next week the book 1913 by German writer Florian Illies is published in English (with the subtitle The Year before the Storm). This, around halfway through the present centenary of the year in question, seems a good moment to reflect on the sounds, the rhymes, the stories, the scandals and the fashions of 1913, which will be the focus for the coming week on Strange Flowers.

Like September 10 or 1491, 1913 as a date carries a powerful charge, a fragile serenity we know to be doomed (and which on closer inspection was rarely as serene as we imagined). We know that the industrialised world is about to descend into unprecedented, unimaginable barbarism (all due, as the The Daily Mash puts it, to “a boundary dispute between some in-breds”). By its close the map of Europe had been redrawn, whole dynasties had dissolved, Communism had leapt from theory to practice and the US had commenced its inexorable rise to global power.

But 1913 was far from just a pre-cataclysmic pause; it was also a time of stunning artistic breakthroughs. Modernism had arrived in almost every discipline, and its exponents proclaimed a faith in the future which would never again be so free of caution or irony. In music the Paris premiere of Stravinsky’s Le Sacre du printemps launched one of history’s most famous musical set-tos, as we saw recently (although, as we will also see, this wasn’t the only riot triggered by the musical vanguard in 1913). In visual arts, Malevich painted his first square, Duchamp invented the readymade and an International Exhibition of Modern Art was held in a New York military installation. Remembered as the “Armory Show”, it was one of the most important artistic events of the 20th century, crucial in drawing European avant-garde currents across the Atlantic. And in literature, a sickly French writer hitherto chiefly known as a translator of John Ruskin presented the first part of a work which would later bear the title À la recherche du temps perdu.

Illies’ book unsurprisingly has a Central European focus, with the welcome result that it introduces the likes of Georg Trakl, Else Lasker-Schüler and Käthe Kollwitz to a wider English-language audience. Naturally there was much more afoot in the world in 1913 than cultural production. Frederic Morton’s brilliant 1989 book Thunder at Twilight concentrates on this pivotal year as it unfolds in just one city, Vienna. With the momentum of the best novels, Morton’s book propels the reader ever faster toward the assassination of Archduke Franz Ferdinand and its cataclysmic consequences. We discover the astonishing range of personalities who converged on the capital of the Austrian Empire in 1913 – Stalin, Trotsky, Hitler, Lenin and Tito, not to mention Kafka, Freud, Schönberg and Wittgenstein (and a certain Colonel Redl). This is one of the few books of 20th century history that I would recommend unreservedly to anyone. Charles Emerson’s recently published book, 1913: In Search of the World before the Great War, seeks to recover the titular year from the pre-war narrative, showing how progressive the world already was before its baptism of fire. Jean-Michel Rabaté’s 1913: The Cradle of Modernism is a more academic look at this banner year for Modernism, focussing primarily but not solely on literature. Its impressively broad scope ranges from W. E. B. DuBois to Hugo von Hofmannsthal, from Ezra Pound to Virginia Woolf.

Beyond the page, numerous exhibitions and other events this year are remembering the artistic tumult of 1913.  The Henry Moore Institute in Leeds presented 1913: The Shape of Time, which included sculpture from artists like Umberto Boccioni and Henri Gaudier-Brzeska, both of whom died in World War One. Meanwhile New York’s Morgan Library celebrated the anniversary of Proust’s Du côté de chez Swann, Baden-Baden re-orchestrated what was possibly the first feature film, the Montclair Art Museum concentrated on the often overlooked American contribution to the Armory Show and Princeton reviewed the entire extraordinary year. Later this year, the New-York Historical Society will present a belated 100th anniversary survey of the Armory Show. And there have been/will be no end of Stravinsky celebrations; see here for a round-up; this radio piece takes the Rite of Spring as the starting point for its centennial study.

In the margins, too, where Strange Flowers prefers to dwell, there were numerous comings and goings throughout 1913. Baroness Elsa turned up in New York, Foujita moved to Paris where Raymond Roussel (who coincidentally died 80 years ago today) was privately publishing his novel Locus Solus. The features of poet and aesthete Robert de Montesquiou could be glimpsed behind the mask of Baron de Charlus in Proust’s novel of the same year; Montesquiou himself finally published La Divine Comtesse, his hommage to the Countess de Castiglione. Artist Meret Oppenheim and poetic filmmaker James Broughton were born and German painter Karl Wilhelm Diefenbach died, as did singular literary apparition Frederick Rolfe a.k.a. Baron Corvo. Austin Osman Spare published his Book of Pleasure and Aleister Crowley his Book of Lies in 1913 (although that may be a lie). But just so we’re clear: no matter how insistent their claims, German carnie Otto Witte did not rule Albania in 1913, Arthur Cravan didn’t bump into his uncle Oscar Wilde and Charles Henri Ford wasn’t born.