The poet of the bats 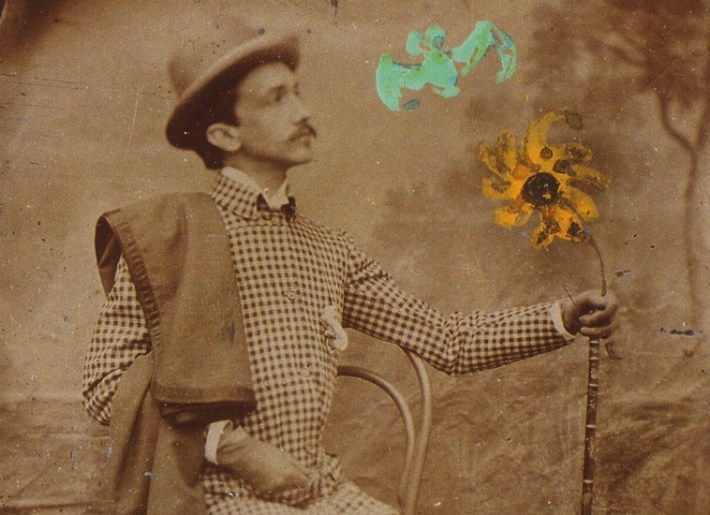 Published in 1918, Colour Studies in Paris consists of recollections by English writer Arthur Symons regarding his encounters with the literature, personalities and atmosphere of Paris. As we saw recently, Symons’ first such rendezvous would come to have a profound impact on the course of English literature throughout the 1890s. The book’s essays span almost the entire Belle Époque and encompass many of the most fascinating literary figures of the time including – naturally – Robert de Montesquiou (who died on this day in 1921). Here, in a chapter liberally dusted with untranslated French and entitled “The Poet of the Bats”, Symons engages with the count, his poetry and his double life as a fictional character. He puts the “fun” back into “funambulesque” (my new favourite word); the anecdote about the quarrelling help is one of the best things I’ve read about Montesquiou:

Visitors to the Salon du Champ de Mars cannot fail to have noticed a full-length portrait by Whistler, the portrait of a gentleman of somewhat uncertain age, standing in an attitude half chivalrous, half funambulesque, his hand lightly posed on a small cane. There is something distinguished, something factitious, about the whole figure, and on turning to the catalogue one could not but be struck by a certain fantastic appropriateness in the name, Comte Robert de Montesquiou-Fezensac, even if that name conveyed no further significance. To those who know something of the curiosities of French literary society, the picture has its interest as a portrait of the oddest of Parisian “originals,” the typical French “aesthete,” from whose cult of the hortensia Oscar Wilde no doubt learnt the worship of the sunflower; while to readers of Huysmans it has the further interest of being a portrait of the real des Esseintes, the hero of that singular and remarkable romance of the Decadence, A Rebours. It is scarcely likely that many of the people, or indeed any of the English people who saw the picture, knew that it was also the portrait of a poet, the poet of the bats, Les Chauves-Souris, an enormous volume of five hundred closely printed pages.

The Comte de Montesquiou, though living, and a personage, and of late a fait divers in the papers for purely mundane reasons, is none the less a legendary being, of whom all the stories that are told may very likely be true, of whom at all events nothing can be told more fantastic than the truth. Has he, or had he, really a series of rooms, draped in different tones, in one of which he could only read French, in another only Latin? Did he really gild the back of the tortoise, and then inlay it with jewels, so that it might crawl over the carpet in arabesques of living colour, until the poor beast died of the burden of its unwonted splendour? Did he really invent an orchestra of perfumes, an orchestra of liqueurs, on which he could play the subtlest harmonies of the senses? He certainly at one time possessed an incredible wardrobe, from which he would select and combine, with infinite labour, the costume of the day ; apologising, on a certain misty afternoon, for not employing the Scotch symphony which had once before so perfectly suited a similar day: “but it takes my servant so long to prepare it!” On one occasion a distinguished French writer, one of the most recent of Academicians, was astonished, on opening a letter from the Comte de Montesquiou, to find along with the letter a manuscript copy of Balzac’s Curé de Tours, written in an illiterate hand. Nothing whatever was said about it, and on meeting his correspondent, the Academician inquired if it was by oversight that the manuscript had been enclosed. “Oh, no,” was the answer, “the fact is, my cook and my butler are always quarrelling, and in order to occupy them and keep them out of mischief, I give them Balzac’s stories to copy out; and I send the copies to my friends. Père Goriot I sent to Leconte de Lisle : I only sent you a short one.” 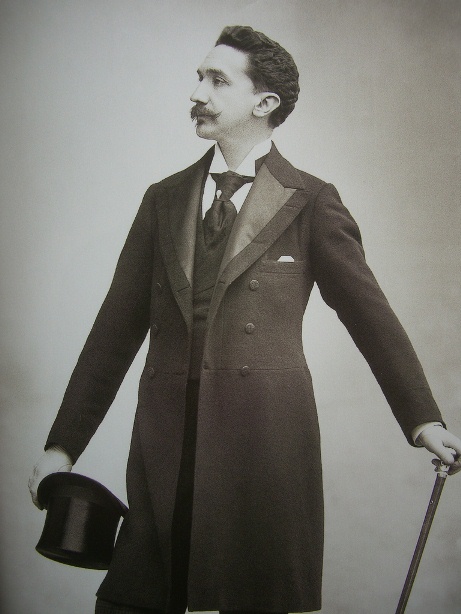 Until a year or two ago, the Comte de Montesquiou indulged in the luxury of enjoying an artistic reputation without having done anything, or at least without having published. It was known that he wrote poems, but no one had seen them; he had resolved to out-Mallarmé Mallarmé, and he succeeded so well that it was generally supposed that these vague, shrouded poems were the quintessence of what was perversely exquisite in spirit and in form, probably few in number, but no doubt not less faultless than original. All at once the veil was dropped; the huge volume of the Chauves-Souris appeared, and the reticent and mysterious poet was found soliciting press-notices, paying actresses to recite his poems, giving receptions at his “Pavillion” at Versailles, and buttonholing distinguished poets, to ask them what they really thought of his poems. It is a little difficult to say what one thinks of these poems. They are divided, according to an apparently rigid but entirely unintelligible plan, into a great many divisions, of which these are the principal: Zaimph, Demi-Teintes (Préludes), Ténèbres (Interludes), Bêtes et Gens(Ombres Chinoises), Pénombres Office de la Lune (Litanies et Antiennes) , Clairière (Coryphées), Jets de Feu et Eaux d’ Artifice (Aqua-Teintes), Lunatiques, Vieilles Lunes et Lunes Rousses, Candidates (Néomenies) Syzygie (Ombre portée) Ancien Régime. All this is supposed to represent “une concentration du mystère nocturne,” and a prose commentary, which certainly makes darkness more visible, is added, because, the author tells us, “des sollicitudes amies veulent qu’un léger fil permette a des esprits curieux et bienveillants de reconnaître vite le labyrinthe, et, plus expressément, d’apprécier la division architectonique, voire architecturale, peut-être le meilleur mérite du poème.” Probably nothing more calmly crazy than this book – in which there is all the disorder without any of the delirium of madness – was ever written: the book certainly has its interest. The possibilities of verse for the expression of fluent, contorted, and interminable nonsense have never been more cogently demonstrated than in the pages from which I cull at random these two stanzas:

This is quite an average specimen of the manner of the poet of the bats : if, however, one prefers a greater simplicity, we need but turn the page, and we read:

It is not a quality that the author would probably appreciate, but the quality that most impresses in this book is the extraordinary diligence that must have been required to produce it. There is not a spontaneous verse in it, from beginning to end few would seem to have required thought, but none could have failed to demand labour. At its best it has that funambulesque air of the Whistler portrait ; when it is not playing tricks it is ambling along stolidly; but the quintessential des Esseintes, the father and child of the Decadence, well, des Esseintes has no rival to fear in the merely real Comte Robert de Montesquiou-Fezensac.

You can read the whole of Colour Studies in Paris here. 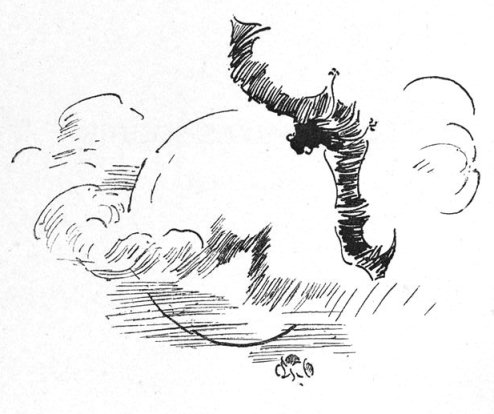