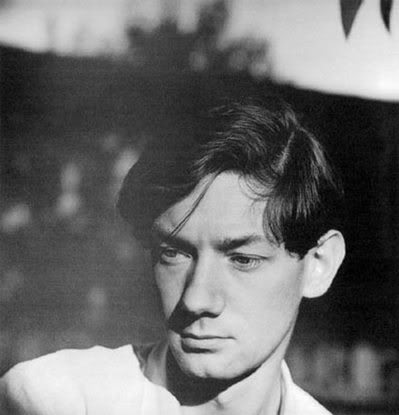 Although the breakthrough 1943 experimental film Meshes of the Afternoon is often credited to Maya Deren, it was co-directed by her then husband Alexander Hammid. And while it was (possibly) Deren’s first film, Austrian-born Hammid had been making short films in Czechoslovakia for over a decade, under his original name of Alexandr Hackenschmied.

Hammid’s debut came with Aimless Walk, shot in 1930. It follows an unidentified man through Prague, although the camera is largely disengaged from the expected multitudes and monuments, instead following this enigmatic flaneur (by tram) to the liminal spaces of the city. Sometimes we observe him, sometimes we are him. In this dreamlike atmosphere, Hammid observes manual labour as if it were an exotic dance, his camera propelled by whim and happenstance, lingering where it may. With its intimacy and modest scale, Aimless Walk works as a kind of sonata version of Walther Ruttmann’s 1927 Berlin: Die Sinfonie der Großstadt.

Moving to the US in 1939, Hammid made a number of films apart from his famous collaboration with Deren, including the very first IMAX film. Martina Kudláček borrowed the title of Hammid’s first film for a documentary about him, made in 1997 and prefacing later studies of Deren and Marie Menken. One of Hammid’s last appearances was for yet another documentary about Deren (Maya Deren, Take Zero) before his death in 2004 at the age of 96.