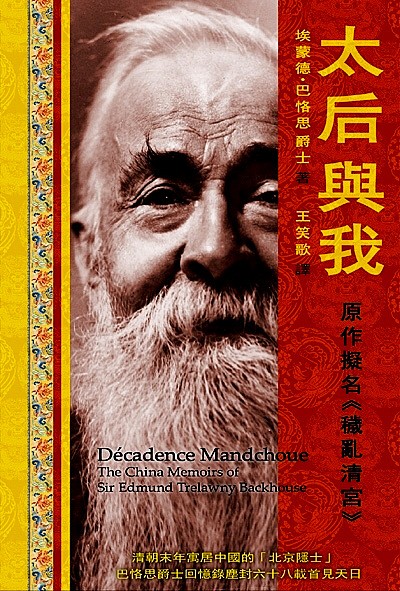 He, if such there be, who peruses the following pages may deem that they are from the pen of a depraved, peradventure even if a talented, man; yet it is the simple truth that what is recounted hereafter and in subsequent papers from my pen, emanates not from unholy lust nor décadence raffinée so much as from instinctive curiosity and the spirit of Shakespere’s [sic] sonnets. I have known men who in the accepted sense of the adjective were called, ay and were, depraved, e.g., Wilde, Robbie Ross, Huysmans, Verlaine; but in morality religion has the last word; and religion is inspired by sentiment and not by intelligence. It speaks to the senses and thus brings us down to a common level; whereas intelligence engages in disputation and argument. He, who would judge his neighbour, should first ask pardon from himself. These are simple, but everlasting, verities.

Thus begins one of the most bizarre books you may ever read. You, that is, not me. I have tried – reader, how I tried – to get through Sir Edmund Backhouse‘s posthumously published memoirs Décadence Mandchoue. Sequined with foreign terms and supported by extravagant hand-tooled footnotes, this is a dirty 50s paperback in drag as an actual academic text, the ravings of a demented old queen sent out into the real world as if they found their origin in the same place.

Backhouse was born on this day in 1873 and died in 1944. The book ostensibly relates his time in China which began at the close of the 19th century, but was only published last year, decades after it was found among the scholar’s papers (read up on the Backhouse back story here). It would be fascinating to know about the gay brothels of Beijing at the twilight of the Manchu Dynasty, a specialised area of interest to which Backhouse claims extensive, personal knowledge. But sadly while it appears the author may indeed have known the recherché pleasures of the “Hall of Chaste Joys” and other such establishments, Backhouse’s multiple offences against scholarly veracity, proven elsewhere, make it impossible for us to take his word for that which can no longer be verified.

But what drove this compulsive fabrication? A phrase in the first sentence in the book holds the key: “a depraved, peradventure even if a talented, man”. Much that follows echoes this self-regard. Not only is Backhouse a warmly-welcomed visitor in the brothels of Beijing, even in the bed of the Dowager Empress, he is a trusted confidante of imperial mandarins, sought out for his brilliant tactical mind. With a connoisseur’s delectation he provides a detailed list of the piquanteries available in his beloved pleasure houses as exhaustively replete as a diner menu, but the pecadillo not listed is the one whose provision Backhouse has no need to outsource: narcissism.

It is this narcissism which evidently proved the greatest barrier between himself and his truth. And we’re not just talking A Million Little Pieces-style truth-bending, but a document bearing as much relation to reality as a Rococo cartouche does to a seashell. Tone down the preciousness and exchange Manchu man-whores for Klingons and you’ve basically got Star Trek fan fiction. That very preciousness, however, is what makes Décadence Mandchoue such an entertaining and challenging odyssey. Sometimes you embark on a sentence, following it to its conclusion only to realise it has imparted nothing intelligible. Then, more in hope than certainty, you work backwards through the clauses and sub-clauses to seek out the elusive meaning, stumbling over the foreign terminology as you go, only to discover it doesn’t actually mean anything at all. It’s just word salad.

Theoretically, there is so much to enjoy, such as the compulsive use of italicised foreign words, particularly French – fondements, trou-fignon, écoulements visqueux, feuilles de rose. Backhouse judges, rightly, that  everything sounds dirtier in French. It should be hilarious. All the while I was telling myself that I was in the company of camp genius, that in years to come some gifted performer would perhaps bring this text alive in a one-man show and become a cult sensation. One day, maybe, I will be able to regard this book as the Chief Eunuch of the Chinese imperial court assessed Backhouse, in one of the great Decadent compliments of all time: “you are like the nenuphar emerging from the slime.”

One day, maybe. But even if I never return, the image of the aging Dowager Empress penetrating the supine young Backhouse’s fondement with her evidently outsized clitoris is not one which shall leave me any time soon.