The magazine Jugend (“Youth”) was established in 1896 as a “Munich illustrated weekly of art and life”. So perfectly did Jugend mirror the mood of the times that it lent its name to the style which was contemporary with, and in large part similar to Art Nouveau: Jugendstil. While Simplicissimus, also established in 1896, was a more prestigious draw for writers, Jugend called on the equally impressive range of artistic talent then in Munich, including George Grosz, Lovis Corinth, Franz von Stuck, Alfred Kubin and Fidus. Jugend lasted in various permutations until 1940, but the magazine’s most influential period ended with the First World War. These cover images, all taken from the magazine’s first year, illustrate the wide range of innovative graphic approaches. 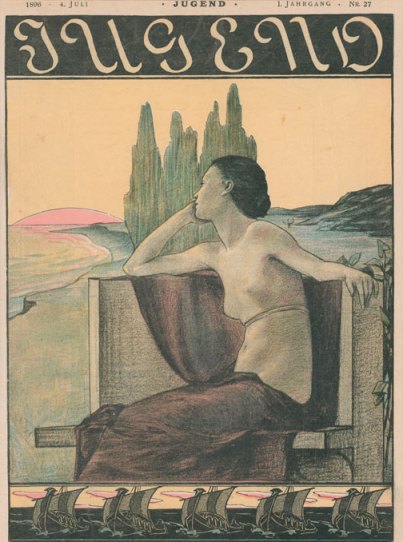 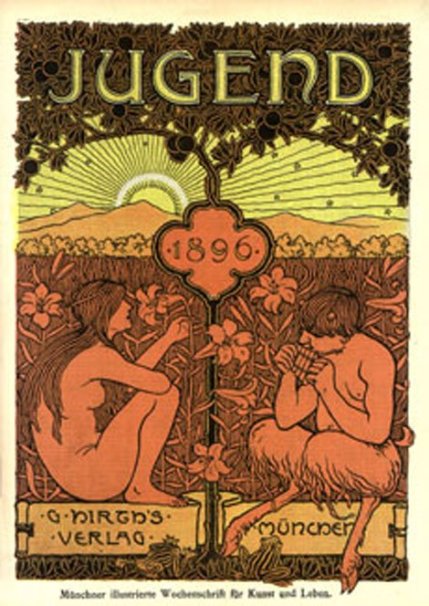