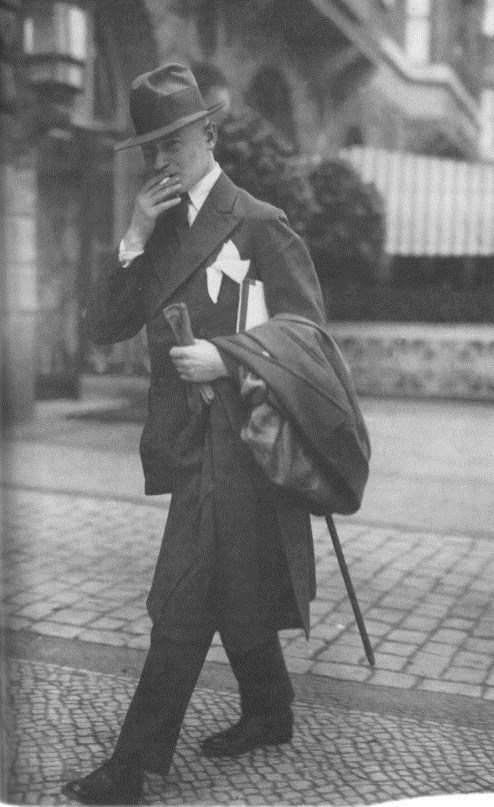 It was almost a year ago, during our tour of Berlin, that we first encountered Harry Domela, one of Weimar Germany’s most notorious figures.

Harry Domela, a Baltic German, serves as a child soldier after World War One. Adrift in Berlin following the break-up of his battalion, Domela is arrested for stealing silver spoons, a symbolic act for one about to appropriate privileged identities. Denied a German passport, he uses assumed names – often aristocratic – to disguise his stateless, undocumented status. This leads some “fellow” nobles to conclude that he is in fact Prince Wilhelm, grandson of the last kaiser, travelling incognito. Domela plays along with this illusion, although he doesn’t have long to live it up as a putative royal before he is arrested.

In jail he writes his account of the episode, Der falsche Prinz (“The sham prince”), which is issued by the Malik publishing house owned by Dadaist Wieland Herzfelde. It becomes a popular and critical success, with Thomas Mann among its illustrious supporters; indeed it appears likely that the protagonist of Mann’s unfinished novel Confessions of Felix Krull, Confidence Man shares some traits with Domela. Meanwhile Domela plays himself in a 1927 film adaptation of the book, and in 1929 he is showing it in a back-street cinema in the working class Berlin district of Moabit, which is where we found him.

A 2010 book entitled “Nennen Sie mich einfach Prinz” (“Just call me Prince”), by Jens Kirsten, picks up the rest of the story, with valuable new research into the last few decades of Domela’s life which have long been wreathed in mystery.

Through lawyers’ fees, his own profligacy and the bad luck which dogged his every step, Domela quickly burnt through his new-found wealth. A further book which covered the aftermath of his princely escapade was written but never published. Gay and left-wing, Domela lived out the latter identity, at least, in public. He appeared at Communist rallies although the party, kept on a tight leash by its Soviet sponsors, was wary of the “loose cannon” Domela. He left Germany in either 1932 or 1933 under the name “Victor Szakja”, eventually landing in Amsterdam where he met left-wing Dutch writer Jef Last. In 1936, Last introduced Domela to André Gide, who would prove an invaluable ally. The French writer “stayed up all night discussing Nietzsche and Hölderlin with him” (and if that isn’t a euphemism I think we should make it one).

In that same pivotal year of 1936, Gide and Last visited Moscow, and although they were warmly welcomed, viewing the realities of Stalinist Russia soured both of them to Communism. That year also marked the start of the Spanish Civil War to which both Last and Domela, committed anti-fascists, were immediately drawn. Through the intervention of Gide and André Malraux, Domela and Last were accepted into a Spanish Republican regiment (rather than the International Brigades, which welcomed the likes of George Orwell, Laurie Lee and Stephen Spender). Domela’s military experience made him a valued strategist, although Last’s superior Spanish skills meant he never got his due.

Naturally returning to a Germany then firmly in the grip of the Nazis wasn’t an option for Domela. Having caught malaria in Spain, he travelled to France in January 1939, where a recurring pattern of internment and deprivation was set. He was detained in a camp until his guardian angel Gide once again used his influence to get him out. Making his way to Belgium, Domela lived in desperate poverty before returning to the South of France, where he was yet again interned, spending one and a half years in a camp. In 1942 Gide managed to obtain a Mexican visa for Domela and he left Europe, never to return.

En route to South America Domela was detained as an enemy alien by the British in Jamaica, and with no Gide to fight his case he was simply forgotten. Finally released two-and-a-half years later, he made his way to Cuba, where he was involved in a serious traffic accident and attempted to take his own life. “But even there I had no luck,” as he wrote to Jef Last.

The close of World War Two found Domela in Venezuela, the left-wing agitator finding work in a Coca-Cola factory of all places. Finally he settled into a new career as an art teacher in Maracaibo, still living under an assumed name. It was a vocation for which he had natural talent but no formal training. In the 1960s, history repeated itself as those around Domela once more put two and two together, and once more came up with five, conjecturing that he was, in fact, one of the numerous Nazis who took refuge in South America after World War Two. But he lapsed back into anonymity, and his life resumed its solitary, haunted progress.

Although simple bad luck was ever-present in Domela’s life, aggravated by his own lapses in judgment, his defining tragedy was his stateless status. It determined everything: his pursuit of menial jobs which, though well beneath his abilities, were less likely to involve awkward questions about his identity. It was the reason he first assumed the aliases which led to the whole “sham prince” episode. It is the likely reason that he was never able to follow up his highly successful debut book. It turned him into a figure of suspicion and led to numerous years’ incarceration. And it shadowed him and darkened his days until the end of his life, which occurred on this day in 1979. 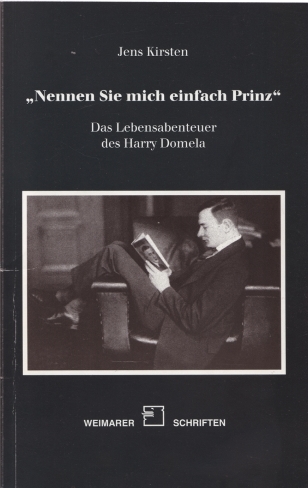