Along with paintings, sculptures and etchings, German artist Franz von Stuck produced numerous graphic works. These posters, books and magazine covers include a design for the journal Jugend which lent its name to the decorative arts movement Jugendstil. Stuck also determined the look of the Munich Secession, which he co-founded, and later produced a design for the Olympic Games which were scheduled to take place in 1916 in Berlin but were abandoned due to the First World War. 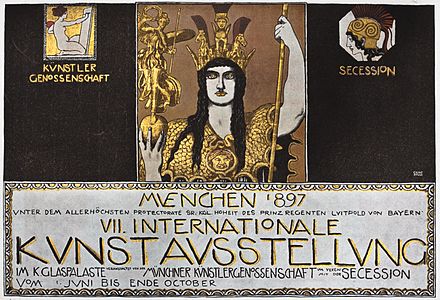 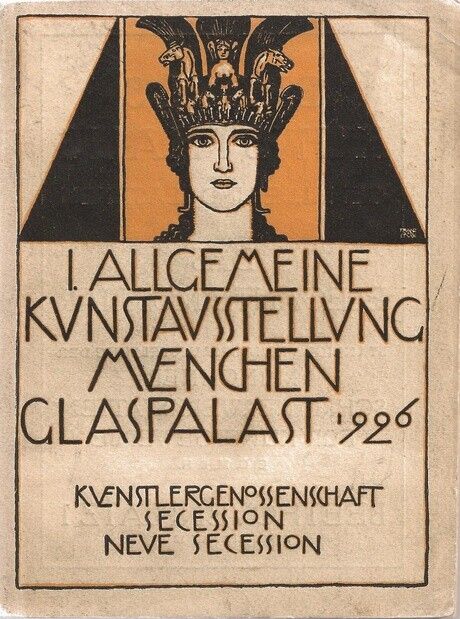