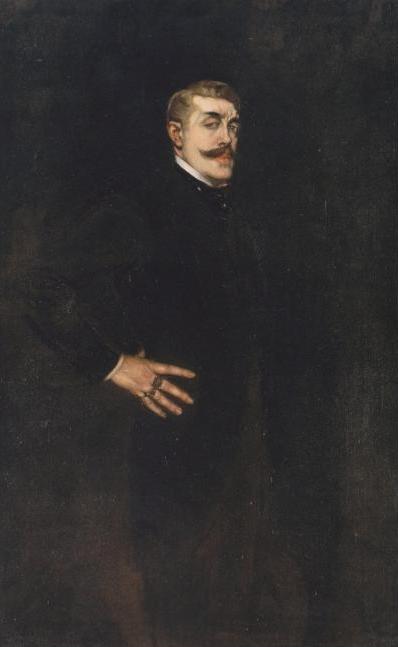 Sometime around the dawn of the 20th century, French actor Édouard de Max visited Nice. As he later reported to André Gide: “I had no sooner gotten into town – the very first day, my dear – than a little coachman leans over to me from his perch and asks: ‘A Lorrain special, sir?’”

The lascivious intent of the offer was unmistakable. But who was this Lorrain, whose predilections were so well known that he became a byword – a trademark, even – for patronage of rough trade? 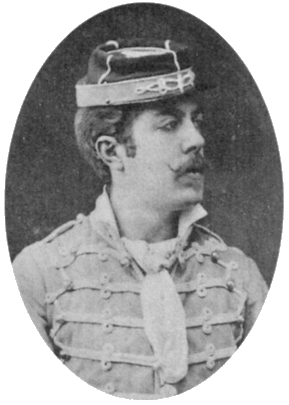 To find out we need to slip deep into the preceding century and make our way to Normandy, to another port. We’re in Fécamp, where a certain Paul Duval is born in 1855. His family is prosperous, ship-owning, bourgeois, and the child Paul is spoilt and prone to tubercular fevers. Fécamp’s location – equidistant between Paris and the English coast – is significant: Paul’s taste for worldly society is first aroused by the summering beau monde, while such French seaside towns had long offered asylum to exiled Englishmen. Lord Arthur Somerset was one such, fleeing disgrace in the wake of the Cleveland Street Scandal which involved rent boys and their aristocratic clients. If we take Philippe Jullian’s word for it (and his book Jean Lorrain, ou le Satiricon 1900 is our guide for much that follows, so we may as well) – the teenage Paul has one of his first sexual encounters with Somerset.

The transitory population of Fécamp carried with it the rich, seductive possibility of not being in Fécamp, and by 1880 Paul could resist this possibility no longer. That’s when he gave up his law studies and dedicated himself to writing. His parents, with impressive forethought, feared the family name might be tainted by association, and so insisted he adopt a pen-name. In any case “Paul Duval” – so colourless it could be a participant in an imaginary dialogue in a beginner’s French textbook – was no name for a great writer. And so Paul died in the kitchen of his family home, felled by his mother’s finger the moment it landed at random on the name “Lorrain” in a dictionary. It was coupled with a common Christian name and Jean Lorrain was born. 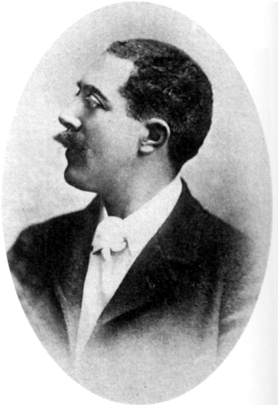 That same year Lorrain moved to Paris, the city whose vanities and vices, hypocrisies and hysteria he would chronicle ad nauseam, ad absurdum, ad hominem. He first gravitated to the artists and writers in the taverns of Montmartre, a much earthier, less cosmopolitan bohemian encampment than would later pitch up in Montparnasse. Can-can dancer La Goulue was the subject of one of his first published articles. Lorrain soon encountered Rachilde, another writer from the provinces hoping to crack the big city, who shared his disdain for naturalism and admiration for Barbey d’Aurevilly. She proved to be an understanding companion, on one occasion rushing to Lorrain’s aid when two fleeting bed mates robbed him of everything he had about him, including his clothes.

In 1884, the year that Lorrain entered journalism, anti-naturalism was just starting to crystallise into Decadence, producing its signature work: À rebours. It inspired Lorrain to make over his interiors to match those of the novel’s hero, des Esseintes, photos of which he included in fan mail to its author J.K. Huysmans. As Brian M. Stableford wrote of Lorrain in Glorious Perversity: the decline and fall of literary decadence: “He was the man who embodied, more intimately and more inescapably than any other, the absurdities, affectations, paradoxes, and perversities of the Decadent style and the Decadent worldview.”

Those Decadent qualities included preciosity and disease (or as Aubrey Beardsley put it, “Really I believe I’m so affected, even my lungs are affected”) as well as drug use. For Lorrain this started with medicinal intent and soon became recreational. Even more than opium or morphine, ether was Lorrain’s stupefactant of choice. So much did he imbibe that it was said you could sense his presence in a room before laying eyes on him. It was responsible for some of his most outlandish feats; as Hunter S. Thompson observed in Fear and Loathing in Las Vegas: “There is nothing in the world more helpless and irresponsible and depraved than a man in the depths of an ether binge.”

You could even interpret Lorrain’s use of cosmetics as the Decadent’s triumph over nature. Contemporary photos show a bulky build, with the jutting jaw of a latter Habsburg, eyelids heavy with dissipation and ennui. Philippe Jullian memorably described the portrait (main image, above) by Antonio de la Gandara as “the portrait of Dorian Gray at the moment of his transition”. Rounding out the Decadent tropes were Lorrain’s casual misogyny, admiration for Gustave Moreau and the requisite strange flower: in response to Wilde’s green carnation and Montesquiou’s blue hydrangea, Lorrain chose as his emblem the black lily – a bloom at once phallic and funereal. 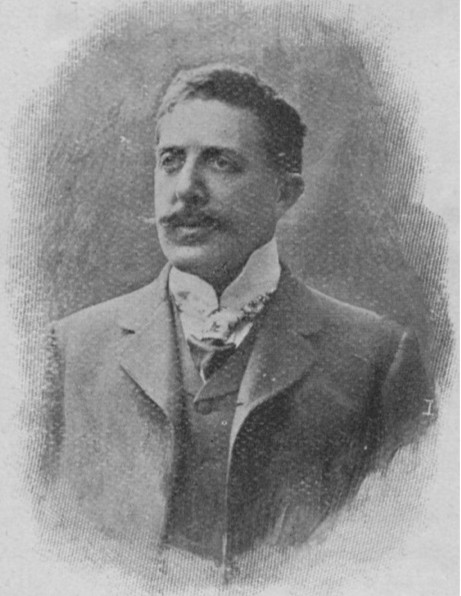 Like Wilde and his circle across the Channel, Lorrain and his friends enjoyed a mix of high and low cultural pursuits. A typical night might start in the opera, continue at Maxim’s, stop over in a music hall and end at dawn in the produce markets of Les Halles. At various points in his nocturnal odyssey Lorrain would be accompanied by barons, bohemians and barrow boys. In a time when love between men was camouflaged by classical allusions (largely of necessity, of course), Lorrain’s freak flag flew high, a standard visible across the city. As we’ve seen, Jullian described Lorrain as “Sodom’s ambassador to Paris”, but the point is, why would Sodom need a plenipotentiary there? Lorrain was far from the only émigré from the City of the Plain at large in the City of Light, just the most visible.

Lorrain networked relentlessly, and had links to all the other Belle Époque originals we’ve discussed this week. And it was this determination to know everyone, see everything that gave Lorrain’s writing both its outré subject matter and smack of authenticity. So yes, there were volumes of poetry, reviews of high-minded art and literature and novels such as Très Russe. But they issued from the same pen used to skewer the capital’s douche bags, celebutantes and fabulous nobodies in dozens of much-read articles. Lorrain was effectively penning the trashy tell-all biography of the city in real time, and by 1895 he had become the best-paid journalist in Paris.