Now Italy’s easternmost city, Trieste was once the primary seaport of the Austrian Empire. In 1859 Archduke Ferdinand Maximilian, brother of Emperor Franz Joseph, commissioned a castle north-west of Trieste’s city centre, on an outcrop overlooking the Adriatic. 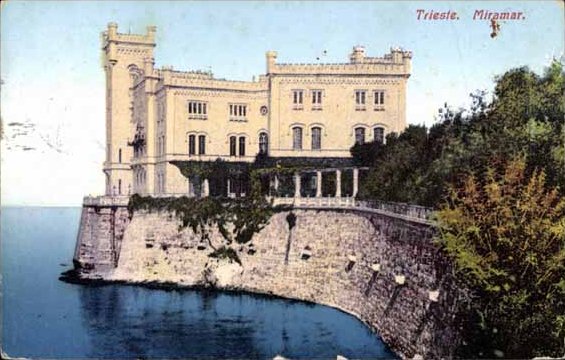 He and his wife Charlotte, daughter of the King of Belgium, moved into the still-unfinished Castello di Miramare, or Schloss Miramar as they knew it, in 1860. It was designed by Carl Junker, a largely forgotten Austrian architect who otherwise specialised in engineering projects. The serene, light-coloured stone of the castellated exterior stood in contrast to the heavy, neurotically over-decorated interior, a style then popular in Napoléon III’s France.

And it was the French emperor who triggered the chain of events that brought Miramare’s darkest association. Seeking control over Mexico, he convinced Franz Joseph to let him install Maximilian as emperor. Eager for some kind of meaningful role, Charlotte pressed her husband to accept. 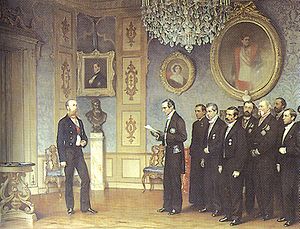 And so in 1864 a Mexican delegation of dubious legitimacy arrived at Miramare to formally offer the crown, to be received in a bedroom because the only other sizable room available was monopolised by an immovable billiard table. A few days later and Maximilian and Charlotte, dressed in prescient mourning black, set off from Miramare in tears. Among the huge crowd was Maximilian’s cross-dressing brother Archduke Ludwig Viktor. 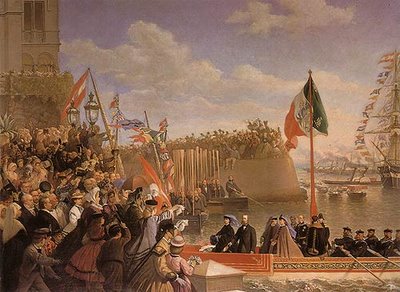 Even as the imperial project foundered and Maximilian was hung out to dry by the European powers, including his own brother, his mind wandered ever back to Miramare. He continued to send back plans for further building work and even plant specimens for the extensive landscaped gardens. Charlotte returned to Europe in 1866 to solicit aid. Unhinged by anxiety, she travelled to Rome to petition the Pope, and became so paranoid that she would only eat chickens which she kept for that purpose in her hotel room.

The following year, Maximilian was executed after a coup led by Benito Juárez. By now Charlotte was back at Miramare, but such was her fragility that her doctors didn’t dare inform her of Maximilian’s death for months. She spent the rest of her life commuting between lunacy and lucidity, only dying in 1927. 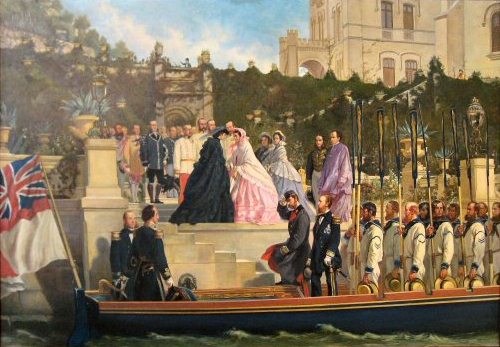 It was one of the most absurd episodes in the gothic carnival of wretchedness that characterised the last few decades of Habsburg rule, and its memory hung heavy over Miramare. Maximilian’s sister-in-law Sissi (Empress Elisabeth) was a frequent visitor in the late 19th century as she criss-crossed Europe in search of…well, who knows?

Tragic destinies and hubris on an imperial scale proved irresistible themes to artist and proto-hippy Karl Wilhelm Diefenbach who stayed in Trieste in 1899. For him Maximilian was “the victim of his own ‘Christian’ imperial delusions”. He painted Miramare at least four times. His images are imbued with the same melancholic spirit as these lines about Miramare written by Trieste-born poet Theodor Däubler: “Thou shalt tremble deeply at thy emptiness/thou art already woven round with myth/the sea and thy mourning will endure”. 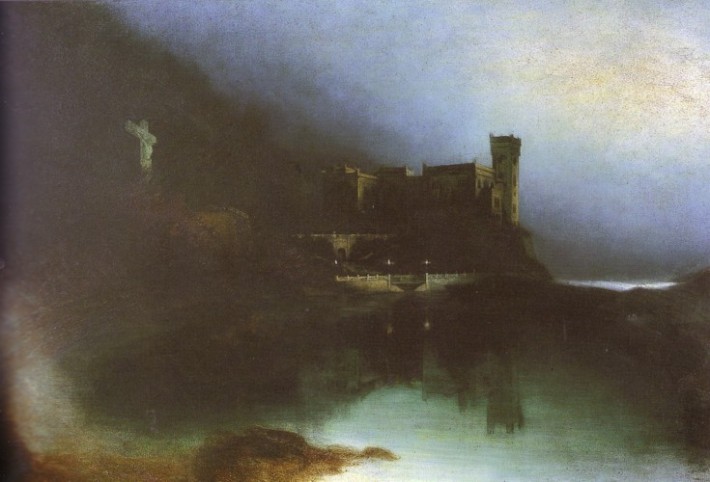 With the fall of the Austrian Empire at the end of World War One, Trieste suffered a decline in prestige and in the 20th century became better known for its literary associations, particularly the long period that James Joyce and his wife Nora spent there. Long afterwards Joyce wrote to Nora: “I long to see the lights twinkling along the riva as the train passes Miramar.”

In the 1930s Miramare was occupied by military commander Duke Amadeo of Savoy-Aosta, who left in 1937 to take up his post as Governor-General of Italian East Africa. Like Maximilian, he was also fated not to return from his absurd imperial adventure, dying in Nairobi in 1943. 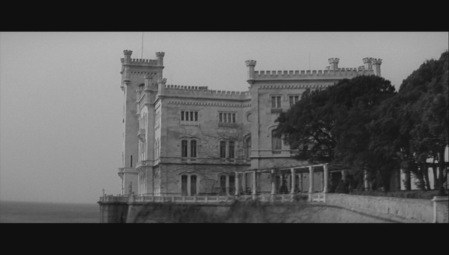 The Castello di Miramare opened as a museum in 1955. In 1964 it featured in the German thriller Wartezimmer zum Jenseits (“Eternity’s waiting room”, released in the US as Mark of the Tortoise), based on an Edgar Wallace novel. The castle is meant to be the nerve centre of an international crime syndicate whose chieftain is – naturally – in a wheelchair. It’s not a great film by any means, but it does have Klaus Kinski and Hildegard Knef (what was I going to do, not watch it?), and exploits Miramare’s sinister presence to the full. 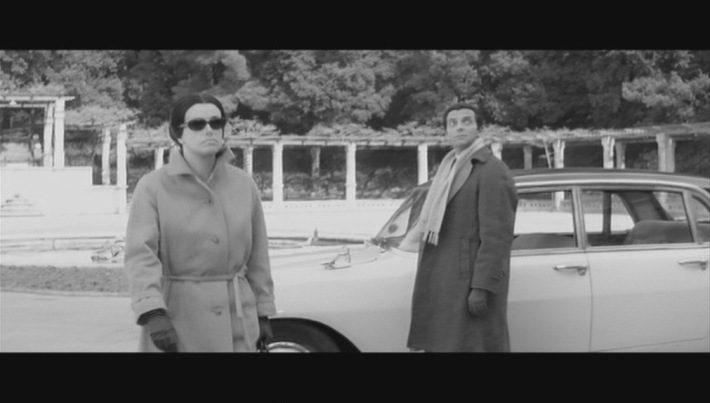 Jan Morris brilliantly evokes Trieste’s manifold layers of significance in her 2001 book Trieste and the Meaning of Nowhere, in which she describes the city as “an allegory of limbo” and Miramare as “a little like a romantic idealization of the empire itself, a fairy-tale mock fortress”. “It stands on its promontory weeping, and to my eyes even in the sunshine its walls are never sparkling. A pleasant park surrounds it, and its rooms are full of treasures, but nobody who goes there can fail to sense its numen of regret.”

The melancholy which is “Trieste’s chief rapture” according to Morris, continues to shroud the seaside Castello di Miramare. 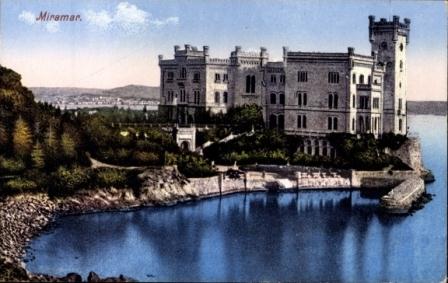