Look back with Anger 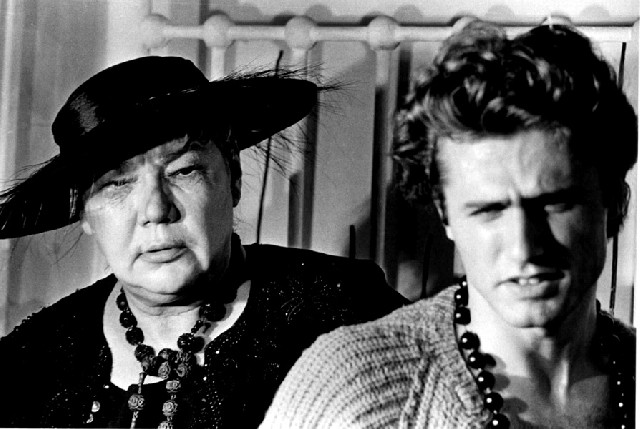 We saw Kenneth Anger yesterday, kicking around the semi-ruin of Aleister Crowley’s Abbey of Thelema. He’s also been on my screen in Martina Kudláček’s brilliant 2006 documentary Notes on Marie Menken, which I’ve watched twice over the last few days. Kudláček, who made the definitive portrait of Maya Deren (In the Mirror of Maya Deren, 2002) here looks at an even less acknowledged US-based female experimental filmmaker of Eastern European origin. Marie Menken started as a painter and moved on to stunningly beautiful short films whose style and methods would influence Andy Warhol and Stan Brakhage. In her lifetime she was overshadowed by her husband Willard Maas, a poet and English literature professor (and also occasional filmmaker), a situation which led to considerable conflict.

From 1937 until their deaths a few days apart from each other in the early 1970s, the couple lived in a penthouse apartment at 62 Montague Street, Brooklyn Heights. Menken and Maas kept something like a salon, although “salon” may be the wrong term for the drunken parties which just happened to feature the likes of Arthur Miller, Marilyn Monroe and Truman Capote. Later there was considerable crossover with the Warhol Factory crowd, particularly in the form of Gerard Malanga. He regarded the filmmaker as something of a mother figure and the two were in Warhol’s Chelsea Girls together (above).

Anger lived with Menken and Maas in the early 1960s, and he, along with the couple’s guests, witnessed their titanic drinking jags which stretched from Friday evening to Monday morning. Anger recalls the couple out on the roof, drunkenly jousting over a sheer drop down to the street. Their ferocious mutual haranguing would assume the quality of piercing free jazz, often incorporating guests in its themes and variations.

If that scenario sounds somewhat familiar, it may interest you to know that another visitor to the penthouse was playwright Edward Albee, who borrowed much from the couple to create the characters of George and Martha in Who’s Afraid of Virginia Woolf?.

And whaddya know? The penthouse apartment at 62 Montague Street, that important site of post-war American literature and film art, is currently for sale. And this all leads us neatly to tomorrow’s theme…

(Don’t you love it when things come together?)