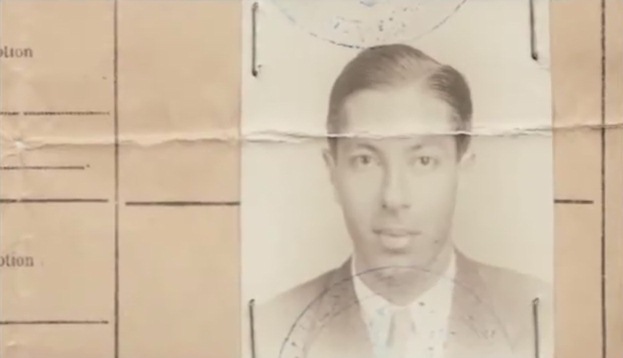 When Carl Theodor Dreyer’s film Vampyr premiered in Berlin 80 years ago (in a cinema now serving as an Apple shop), it went to an early grave. Audiences jeered and a contemporary review noted, among other unfavourable comments, that the vampire theme was already passé. That was in 1932; God only knows what the reviewer would make of the current clot of bloodsuckers. But Vampyr proved as mortality-averse as its subject, rising again and now enjoying a reputation which, while falling short of the reverence for Dreyer’s The Passion of Joan of Arc, has certainly improved. It is after all a highly compelling film, making use of simple yet convincing effects and trance-like atmosphere to create a kind of lucid nightmare.

The star of Vampyr was credited as Julian West, but his name was in fact Baron Nicolas de Gunzburg, and he also co-produced the venture.  Gunzburg was born of the Russian nobility and known for his extravagant Parisian parties. Two years after Vampyr conspicuously failed to launch him as an actor (or producer), he was in the US, at the start of a highly successful career in upscale magazines.

Having written about him cursorily before, I longed to know more than the scant details introduced above. Therefore I’m grateful for the appearance of  the video presentation below which provides the richest overview so far of de Gunzburg’s unusual life.

It’s essentially a slideshow, with no moving images, not even from Vampyr (it originally came as an extra on that DVD) and it makes surprisingly little of Gunzburg’s sole cinematic outing. The rest of the baron’s career and private life were haphazardly documented. De Gunzburg evidently decorated with as much attention to detail as he dressed but sadly (for our purposes) didn’t court attention to the extent of inviting photographers to his digs. And so we get teasing mentions but no interior images of his Manhattan apartment, which was apparently full of memento moris, and a lakeside country house done out in a Tyrolean hunting lodge style.

Nicolas de Gunzburg died on this day in 1981.