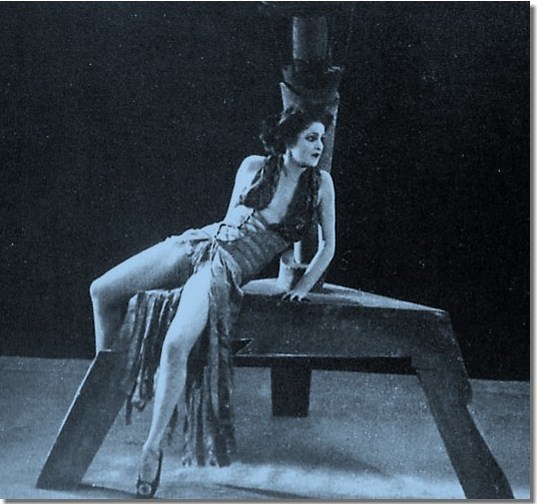 So after yesterday’s round-up of the last year’s stray books, a look ahead at some volumes of interest scheduled to appear in 2012.

Thanks to Philosophy, lit, etc. for highlighting the imminent release of Joseph Roth: A Life in Letters, a collection of the great Austrian writer’s correspondence. Roth, whom we briefly stalked in Berlin, exhibited the qualities of openness, empathy, intellectual curiosity and transnational worldliness to the utmost and at a time when those qualities were least valued and most imperilled. His letters are translated and annotated by Michael Hofmann, who also translated the highly recommended 2004 anthology of Roth’s 1920s newspaper reports from Berlin, What I Saw.

Another translation from the German coming out early this year: The Side Real Press will be issuing Dances of Vice, Horror and Ecstasy (Tänze des Lasters, des Grauens und der Ekstase) by Anita Berber and Sebastian Droste. The 1923 book of poetry by two of the most notorious figures to writhe across the Weimar Berlin stage has been translated by Merrill Cole and features an essay by Mel Gordon. The Side Real Press blog has an entertaining encounter with Gordon, author of the only English-language biography of Berber (The Seven Addictions and Five Professions of Anita Berber, 2006) while there’s more on the translation here. Dances of Vice, Horror and Ecstasy, as I’ve surely mentioned before, is the source of the name Strange Flowers (“strange flowers and greenhouse plants, painted people and listless sounding bells. so far. so. distant. merging. breathing.”…everybody now!)

April brings a new, thematic compendium of the work of Aleister Crowley (those themes in full: Qabalah and Magick, Yoga and Magick, Sex and Magick, Magick and Law, Magick and Lies). The pieces in Portable Darkness were selected and annotated by Scott Michaelsen with forewords by Robert Anton Wilson and (again!) Genesis P-Orridge. It promises to guide “novice and adept alike through the complexities of his notoriously impenetrable writings”.

Meanwhile the literary output of Isabelle Eberhardt – haphazardly translated and collated over the years as interest in this pioneering, cross-dressing traveller has waxed and waned – appears to be undergoing a respectful overhaul. Writings from the Sand, Volume 1, scheduled for May, is the first instalment of The Collected Writings of Isabelle Eberhardt, though there is no indication of when further volumes will appear.

The same month welcomes American Hipster, a biography of Herbert Huncke, to the best of my knowledge the first. Huncke’s 1990 autobiography Guilty of Everything was a raw and not overly-reflective look back at his own life. American Hipster‘s subtitle (“The Times Square Hustler Who Inspired the Beat Movement”) raises hopes that author Hilary Holladay will give due credit to Huncke’s enormous influence on the likes of Kerouac and Ginsberg and the counterculture beyond.

Considering the frequency with which writers are labelled “Firbankian” (usually shorthand for arch, camp and wordy), it is remarkably hard to get hold of the real thing. The novels, that is, of early 20th century English writer Ronald Firbank. Wry, effete sensibilities will thus rejoice at the news that Penguin Classics are reissuing his first novel, Vainglory, also in May. Like the New Directions collection 3 More Novels of Ronald Firbank, which included Vainglory, it features an Andy Warhol illustration. Look forward to discovering or revisiting such passages of swooning fabulosity as this dreamlike journey through London: “Sometimes, when the mood seized her, she would wander, for hours, through the slow, deep streets of the capital, in a stiff, shelving mantle, with long, unfashionable folds. At other times, too, she would meet George Calvally, swathed like an idol, and they would drive together in a taxi, full of twilight, holding each other’s hands. Oh, the mad amusement of Piccadilly…the charm, unspeakable, of the Strand…the intoxication of the Embankment towards St Paul’s.”

In July, M.P. Shiel’s tale “Xelucha” is paired with Arthur Machen’s “Great God Pan” for the Creation Oneiros imprint, which sets out its stall at the intersection of Decadence and horror, two qualities “Xelucha”, at least, exhibits in spades. This passage is another London odyssey but the nightmarish atmosphere could hardly be less Firbankian: “The habit is now confirmed in me of spending the greater part of the day in sleep, while by night I wander far and wide through the city under the sedative influence of a tincture which has become necessary to my life. Such an existence of shadow is not without charm; nor, I think, could many minds be steadily subjected to its conditions without elevation, deepened awe. To travel alone with the Primordial cannot but be solemn. The moon is of the hue of the glow-worm; and Night of the sepulchre. Nux bore not less Thanatos than Hupuos, and the bitter tears of Isis redundulate to a flood. At three, if a cab rolls by, the sound has the augustness of thunder. Once, at two, near a corner, I came upon a priest, seated, dead, leering, his legs bent. One arm, supported on a knee, pointed with rigid accusing forefinger obliquely upward. By exact observation, I found that he indicated Betelgeux, the star “a” which shoulders the wet sword of Orion. He was hideously swollen, having perished of dropsy. Thus in all Supremes is a grotesquerie; and one of the sons of Night is — Buffo.”

Finally, via The Antoine Itineraries, comes the welcome news that autumn 2012 will bring yet more morbid, lurid, fetid, doom-laden Decadence in the form of the complete works of Anglo-Estonian writer Count Eric Stenbock. Apart from the occasional anthology, the count’s slim body of work has been out of reach to all but the best-heeled book collectors for over a century. Check here for updates.