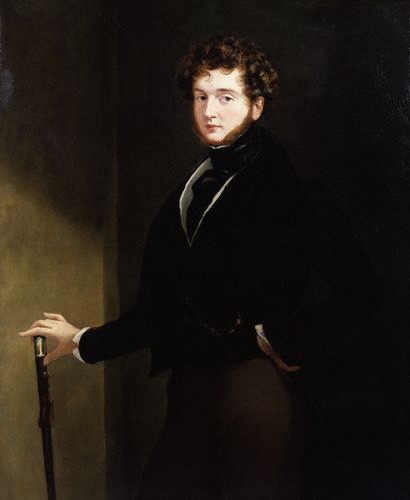 Count d’Orsay, who died on this day in 1852, was variously described as “the prince” or – more prosaically – “the last” of the dandies. The phenomenon of the dandy piqued intellectual curiosity in the count’s native France, where he was the subject of at least one book-length study in the 19th century. In his adoptive England, the scene of his social triumphs, he was confined to walk-on parts in numerous chronicles of the age while also appearing as a thinly-veiled character in contemporary fiction.

To the best of my knowledge, W. Teignmouth Shore’s D’Orsay, or The Complete Dandy was the first English biography of the great post-Regency fashion plate, appearing almost 60 years after his death. I’ve already quoted from Shore’s book, in which he describes d’Orsay’s toilet and high-handedly dismisses his lodgings which we visited in London (a journey which might have been lightened had I been aware of another Shore volume, Touring London with W. Teignmouth Shore; a little book of friendly guidance for those who visit London & those who dwell in London). 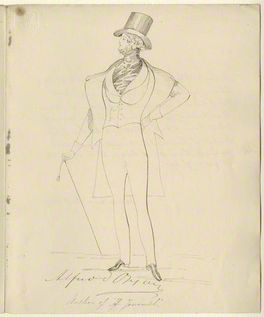 The arch, prolix prose of Shore’s endlessly entertaining biography seems to belong more to the count’s own era than the eve of the Great War. “Though there is not any authority for making the statement,” he avers in his opening remarks, “we do not think that we are wrong in asserting that on the day when Adam first complained to Eve that she had not cut his fig-leaf breeches according to the latest fashion dandyism was born.”

The undisputed daddy of the dandies, Beau Brummell, was already London’s most influential dresser when Gédéon Gaspard Alfred de Grimaud (also listed as Alfred Guillaume Gabriel), Comte d’Orsay, was born in Paris in 1801. D’Orsay made his own entry into the city 20 years later, by which time Brummell had been hounded into exile by his creditors, and it would be longer still before the count took up residence. His unconventional romantic encounters – including a long affair with society maven Lady Blessington, and possibly her husband Lord Blessington who became his father-in-law when he married the Earl’s teenage daughter from a previous marriage – may have shocked (and confused) the city’s more sensitive souls. But d’Orsay combined physical beauty, sparkling wit, the magnetic amour-propre of the dandy as well as a dangerous whiff of Napoleonic adventure and a pre-Revolutionary title, both bequeathed by his general father. It was a heady brew and society fell at his exquisitely-shod feet.

D’Orsay was as scornful of fiscal temperance as he was of bourgeois morality. He shared Brummell’s determination to raise his own life to the status of a cult while ignoring its harsher exigencies, though if anything he was even more extravagant. He was certainly flashier. As one of d’Orsay’s literary avatars says in Henrietta Temple, “My wants are few; a fine house, fine carriages, fine horses, a complete wardrobe, the best opera-box, the first cook, and pocket money – that is all I require”. D’Orsay’s heedless free spending took him far beyond his means. 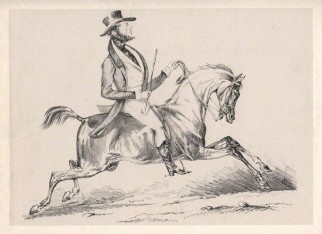 It was evidently to meet his debts that the count pursued portraiture as a career. The count was a tireless networker and for his subjects he needed to look no further than his own circle, some of London’s most fashionable and influential men (and a handful of women), including the then-dandyish novelist Disraeli, author of Henrietta Temple, who would later become Prime Minister.

Looking into d’Orsay’s artistic career for the first time I turned to Shore for further enlightenment, and he didn’t disappoint. The chapter “The Artist” begins with the following words (and you really need to read this aloud in an exasperated sigh to achieve the desired effect): “It behoves us now to pay some attention to D’Orsay’s claims as an artist; if he had posed simply as an amateur, silence would be possible, but he worked for money, entered the lists with other artists, and therefore laid himself open to judgment.” And then it goes on for a couple of pages in French, quoting a newspaper article which Shore naturally assumed the educated reader would have understood in the original. 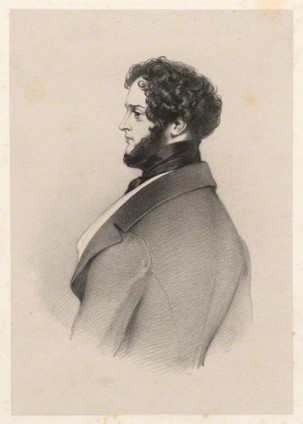 Suffice to say, Shore was not greatly impressed, but collectively d’Orsay’s portraits constitute something like a Britannic pantheon of the first half of the 19th century: Byron, Disraeli, Carlyle, Wellington, Dickens – and d’Orsay himself. Many of them, both original drawings and lithographs, are now held in London’s National Portrait Gallery. With only a few exceptions, the sitter is shown from the torso up in left profile; overall the rigorous uniformity makes for a supremely elegant ensemble. This mode of composition establishes an intimacy missing from larger portraits and allows d’Orsay to concentrate on the sartorial details which he so valued. There’s a strange reciprocal narcissism at work in these pictures which greatly adds to their fascination: the aristocratic young buck around town would have been highly flattered to have the prince of dandies capturing his profile, d’Orsay just as flattered to see his dress dictates so carefully observed.

Viewed in isolation, it is true, his portraits reveal more character than talent, and there is little discernible progression in d’Orsay’s skills over the 20 or so years in which he worked. His more ambitious pieces – such as oil portraits of Wellington or “Swedish nightingale” Jenny Lind – leave d’Orsay’s want of technical accomplishment exposed and seem to justify Shore’s disdain. “All things considered we may write down Count d’Orsay as a quite first-rate amateur,” says Shore, before adding the final barb: “as skilful in the arts as any dandy has ever been.”

In any case, Count d’Orsay’s greatest creation was – as must be the case for any true dandy – himself.

A selection of d’Orsay’s portraits: 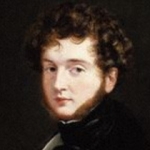