Back in February I profiled the “spectacularly vulgar” Sylvia Brooke, last consort of the Brooke dynasty, the “White Rajahs” of Sarawak. A British MP claimed that “a more undignified woman it would be hard to find”, but in the footnotes of the White Rajah adventure, itself a footnote in the history of Far East colonialism, lurks an even more extraordinary figure.

He was variously known as Haji Abdul Rahman, David Chale, the “Baron”. He was described as a “complete crook”, a “quisling”, an “undesirable character”, “a kind of evil genius”. He was the heir to an asylum and his tale embraces intrigue, treachery and a descent into Heart of Darkness-style tropical insanity. 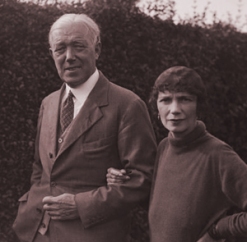 The man in question was born Gerard MacBryan in 1902, the son of an asylum owner who would take a young, petrified Gerard with him on his rounds, not suspecting that in his later years he would be an inmate of just such an institution.

Rejected from the Navy, MacBryan decided instead on service in the colonies. He arrived in the Far East in 1920, a tall, slim, handsome figure already exhibiting signs of eccentricity if not incipient insanity, plagued by hallucinations and delusions and given to self-serving, fact-free anecdotes. Nonetheless he began his rise through the ranks, aided by his gift for languages.

MacBryan first met Vyner Brooke, Rajah of Sarawak, and his wife Sylvia in 1920. Their association would endure for three decades in a twisted triangle of reciprocal suspicion and mutual exploitation. Vyner’s first impression of the young firebrand was succinct: “what a wonderful fellow; but he’s nuts”; Sylvia would later refer to the “evil seeds” in his brain. His tall tales brought to mind the notorious fabulist Baron von Münchhausen and the Brookes took to calling him “Baron”. But they also saw how he might serve their ends – for Vyner he became a willing tool for administrative dirty work while he schemed with Sylvia to secure the succession for her daughters. Vyner promoted and demoted him at will as he fell in and out of favour.

In 1930 it seemed MacBryan had finally overplayed his hand, and he was forced out. He went gold-digging in Australia, and while he found little below ground he struck it rich by marrying an heiress in 1932. 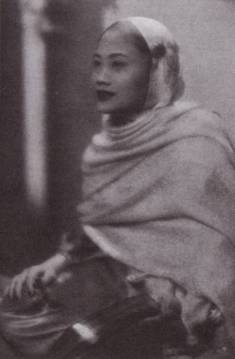 By 1935 MacBryan was back in Sarawak and back to his devious ways, straddling the fine line between “insanely ambitious” and plain old “insane”. He conjured a plan to establish something like a caliphate uniting the Muslim territories of East Asia under his rule. To this end he converted to Islam, adopted the name Abdul Rahman and, accompanied by his beautiful Malay mistress (and later wife), a one-time prostitute named Sa’erah, made the pilgrimage to Mecca. Out of this came the honorific “Haji” and a book about the trip published under the pseudonym David Chale, though some claimed the whole adventure was a Münchhausen-style fabrication.

Shortly after the outbreak of World War Two, Vyner — perhaps concluding that desperate times required desperate men — allowed MacBryan back into his service. He profited handsomely by helping to negotiate Sarawak’s transfer to constitutional rule in 1941, but he made some powerful enemies along the way. The Secretary of State for the Colonies called him a “crook”, while Anthony Brooke, Vyner’s nephew and heir apparent to the Sarawak throne called him an “impersonal and revolutionary monstrosity”. 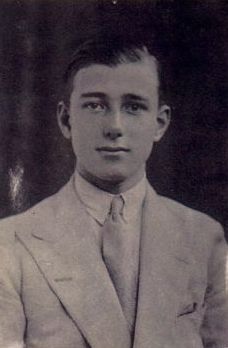 MacBryan followed Vyner to Australia and was in Sydney when the Japanese invaded Sarawak. MacBryan tried to make his way back there, alarming Allied authorities who were convinced that he wanted to form a puppet state. He had already used his language skills to broker a dubious land deal for the Japanese before the invasion. MacBryan was arrested in 1942 and taken to Singapore but freed shortly afterwards.

Despite his abysmal reputation, the Brookes retained MacBryan to wind up their affairs in Sarawak after Vyner turned his fiefdom over to the British in 1946. MacBryan functioned much in the manner of a financial administrator, but was increasingly in the grip of madness. His intriguing was by now truly pathological; Anthony’s father Bertram described a man who “can’t help indulging in scheming and meddling and political jugglery any more than people can help having clubfoot or arthritis”.

The exact circumstances of MacBryan’s decline are uncertain. Though rich on Sarawakian spoils he was arrested in Britain for the theft of a peach and subsequent assault of a policeman. When Sylvia visited him in a mental home, he ripped a diamond ring off her finger and claimed he was promised to Princess Margaret. MacBryan made his way to Hong Kong where he was arrested for unauthorised directing of traffic in 1953. He died shortly after.

Amazingly, there is still a living witness to this tale; Anthony Brooke, last heir to the Sarawak throne, works in New Zealand as a peace activist and today celebrates his 98th birthday.