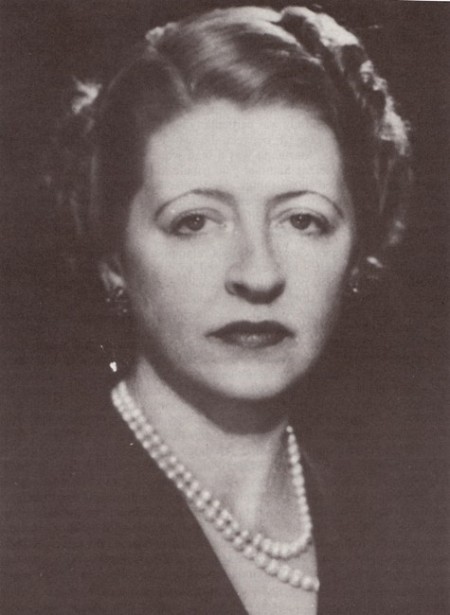 I’m going to go out on a limb here and guess that you’ve never heard of Molly Fink. It’s a name which by rights should be attached to a bespectacled secretary in a screwball comedy, and if I add that she was born in 1894 and grew up in the suburbs of Melbourne, Australia, your head will probably not be aswarm with exotic visions. But Esme Mary Sorrett Fink (to give her equally unpromising full name), would embark on a journey which took her from Raj India to the Riviera in a life marked by privilege, glamour and scandal.

It was a trip to Sydney which Molly undertook with her mother in 1915 which changed everything. Because also in the city at that time was a certain Martanda Tondaiman, the dashing, cricket-playing Anglophile Rajah of Pudukottai, a small, largely barren principality in southern India. In then-unenlightened Australia the rajah received bad press for daring to adopt Western dress. But it was nothing compared to the hostility he would face after meeting the aforementioned Molly Fink in a Sydney hotel in 1915 and marrying her the same year.

Raj overlords from King George V down frowned on the mixed-race marriage, and officials secretly sought out dirt on the Australian bride (before begrudgingly admitting she wasn’t a gold-digger). The British deployed protocol with practiced, passive-aggressive pettiness (as they would later with Wallis Simpson and Diana Spencer), stipulating for example that Molly not be styled “Her Highness”, as a rani would normally have been. The rajah, whose line had always been loyal to the British, was understandably bitter about the rebuff. 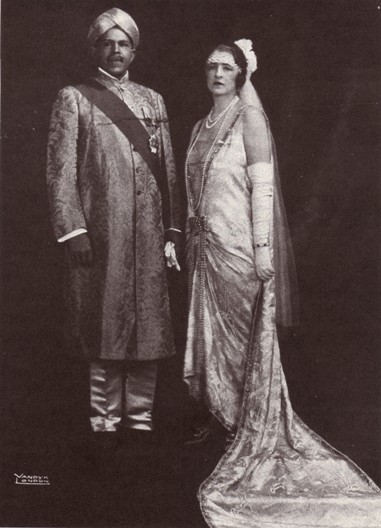 Nor were the rajah’s own subjects thrilled that their sovereign had chosen an Australian Catholic as his rani. Nonetheless the couple headed to Pudukottai where Molly soon became pregnant, while also falling seriously ill. It transpired that she had been poisoned by oleander, a potentially lethal plant which can also induce miscarriages; suspicion fell on members of the rajah’s family. The couple decided to leave, but with the First World War raging in Europe they were more or less obliged to return to unfriendly Australia. After a visit lasting only a few months, Molly would never see her husband’s fiefdom again.

Molly gave birth to a son, Martanda Sydney Tondaiman. The rajah became a noted horseracing identity but in 1919 the couple left Australia to fight for Molly’s status and their son’s inheritance. To no avail. In 1920 the couple were told that Martanda Jr. would never inherit the throne, and so the Rajah effectively abdicated, appointing his brother to rule in his place.

Having negotiated a large financial settlement, the couple settled in Cannes in 1922. The rajah turned again to horseracing, and Molly turned heads at racing fixtures in outfits by Chanel, Lanvin and Vionnet. The fashion-forward rani was a friend of Jean Patou and bought the first-ever Schiaparelli evening dress. 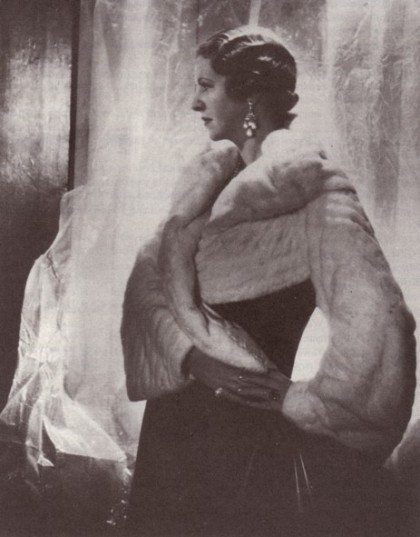 The rajah died unexpectedly in 1928, but by that time Molly had developed a taste for the high life. Among her friends was Lucy, Lady Houston, a rich widow who had variously been a chorus girl, suffragette and an outspoken supporter of Mussolini. She once gave Molly a cheque for 1000 pounds, saying “you look so sad, my dear Molly…go and buy yourself something pretty to cheer yourself up” (Lady Houston’s strange end came in 1936 when, distraught over the abdication crisis, she stopped eating and died).

Cartoonist and writer Osbert Lancaster leaves a memorable image of Molly in Cap d’Antibes accompanied by “her teenage son with gilded toe-nails and made up to the nines, feeding asparagus tips to a pet tortoise with a diamond-encrusted shell.” Martanda Jr. was sent to a boarding school in Switzerland where his fellow pupils included the future Shah Reza Pahlavi and Baron de Redé.

Molly became friendly with Cecil Beaton, travelling with him to New York, along with Anita Loos. Molly stayed in the city during much of the Second World War, and was active in raising donations for Australian and Canadian servicemen. Her own money was out of reach on the other side of the Atlantic and so she worked at department store Bonwit Teller to make ends meet.

Towards the end of the war Molly returned to London where she became increasingly reclusive, depressive and alcoholic, doting on her beloved Pekinese dogs. One of her last acts was to organise the donation of much of her impressive wardrobe to the Museum of Costume (now Fashion Museum) in Bath. She died in Cannes in 1967, remaining largely unknown apart from a hard-to-find book published in 1991 entitled Molly and the Rajah : race, romance and the Raj, from whence come the images and much of the information here.

Oh, and her son? Mother-fixated Martanda Jr. moved to New York and clearly hadn’t moved on from his early bling habit; he landed in Sing Sing after a jewel heist before being deported to Cuba. He would end up dying alone in Florence in 1984.