Phantom of the empire

Among Jean Cocteau’s lesser-known films is L’aigle à deux têtes (“The Double-Headed Eagle”), a Ruritanian romance depicting “a queen with the soul of an anarchist and an anarchist with a royal soul”, made in 1948. As Cocteau freely admitted, his queen had “the naive pride, the grace, the fire, the courage, the elegance, the sense of destiny of Empress Elisabeth of Austria”, a.k.a. Sissi.

Sissi’s own era held little interest for her; she could barely muster contempt for her subjects and saw the empire as a “ruin”, predicting that it would die with her husband, Emperor Franz Joseph (in the event it only survived him by two years). But on this day in 1898, political currents for which Sissi generally gave little thought would prove to be her undoing. After visiting the Baroness de Rothschild, she was walking from her Geneva hotel to a steamship when she received a blade through the imperial bodice, delivered by an Italian anarchist. It was the quick, unforeseen death she had longed for but also seemed to be the fulfillment of some kind of Homeric curse, whose body count already included a son, a nephew, a cousin, two sisters and two brothers-in-law all lost to unnatural deaths, as well as her daughter Sophie who died in infancy.

It was this latter event which first inspired Sissi’s lifelong thoughts of suicide. One of her diary entries speaks of her inner darkness, “which absorbs light and never lets it go”. Perpetual longing for cherished oblivion accompanied Sissi’s ever longer periods abroad, ceaseless Flying Dutchman-style wanderings around the Mediterranean or foxhunting trips in England and Ireland.

Following the death of her son Crown Prince Rudolf in 1889 in an apparent suicide pact with his mistress, Sissi spent the rest of her days in black. She haunted Europe’s pleasure spots in widow’s weeds, a gothic freak show of peek-a-boo solipsism, a fan shielding her from the gaze of the hated hoi polloi. If she was seen at all it was in silhouette, like Marlene Dietrich in Maximilian Schell’s documentary, and for the same reason – neither could bear to disturb the earlier image the public had of her. Sissi was a 61-year-old great-grandmother at the time of her death, but if she is remembered as a young beauty it is because she refused to sit for photographers past the age of 30. 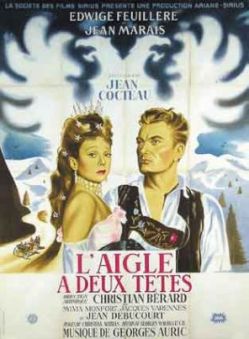 It is a testament to the bizarre existence Sissi led that what appear to be fanciful inventions on Cocteau’s part were actually accurate reflections of the empress’s life. His queen, played by Edwige Feuillère, is first seen taking frenzied delight in a tempest; in reality Sissi once crossed the English Channel during a fierce sea storm and had herself tied to the mast to better enjoy nature’s fury.

The vision of the queen taking to the rings for calisthenics is also straight from life. Sissi weighed herself daily and installed workout equipment among the baroque mouldings of her quarters in Vienna’s Hofburg palace, where a tutor memorably describes her dressed in a black silk dress decorated with ostrich feathers, lifting herself up on the rings, “something between a snake and a bird”. In later years Sissi would walk compulsively, up to nine hours a day, and her waist measured as little as 16 inches, giving her a figure less redolent of erotic allure as of the hourglass of a vanitas painting.

At another juncture, the queen fantasises about taking poison then galloping away, dying in the saddle. Sissi was admired as one of the greatest horsewomen in Europe, though here as in all her enthusiasms there was a compulsive edge; she drove her favourite horse, Nihilist, to frenzied limits and once enquired, “why can’t I break my neck at a fence and end all of it?” 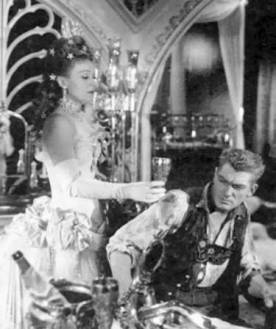 Cocteau’s greatest insight was to recognise that Sissi’s most consuming passion was reserved for her own death. The personification of her demise is played by Jean Marais (warning: if you get hold of the DVD you may want to unplug your camp-o-meter before Marais’s entrance in lederhosen unless you want to be thrown across the room). After three days’ courtship her death duly arrives as a consummation.

The figure of Sissi, as we have already seen on Strange Flowers, became a kitschy confection in three films which had little do with her life, fixing a wholly distorted, whitewashed image of her in the public imagination. The trope of Sissi’s romance with death is picked up by the musical Elisabeth which, since its debut in 1992, has become the most successful German-language stage show ever, with performances all across Europe as well as Japan. While it seeks to recapture the darkness in Sissi’s life, its “Phantom of the Empire” style is necessarily a caricature bound by the mawkish conventions of musical theatre. It’s an ironically fitting epitaph, a populist approach which can be read as the public’s revenge for the disdain Sissi showed her imperial subjects in her lifetime: the empire strikes back.

An excerpt from L’aigle à deux têtes (no subtitles unfortunately):