Dress-down Friday is back!

For the newcomers, Dress-down Friday is where I salute sartorial individualists, with past subjects including a cross-dressing Orientalist, a bohemian English writer and a whip-wielding Australian who became an early Bollywood star.

Today’s fashion plate is Indianapolis-born Janet Flanner, The New Yorker’s Paris correspondent from 1925 to 1970. It was a stretch extraordinary in both its duration and for the tumultuous events and cultural upheaval with which it coincided. Her “Letter from Paris” was interrupted only by the Second World War, during which time she distinguished herself as a war correspondent (that’s her with Ernest Hemingway, right).

For non-fiction writers, I can think of few better models to aspire to than Janet Flanner. She crafted prose of the rarest clarity, elegance, insight and wit, aided by a faint air of detachment which allowed her to pin-point her subjects with piercing accuracy. These qualities, along with her boundless curiosity and outsider’s viewpoint, contribute to one of the greatest accounts of 20th century Paris, embracing all levels of society from the causes célèbres and crimes passionels which shocked and titillated the capital to the comings and goings of the great and good, including Lindbergh’s landing and de Gaulle’s death. 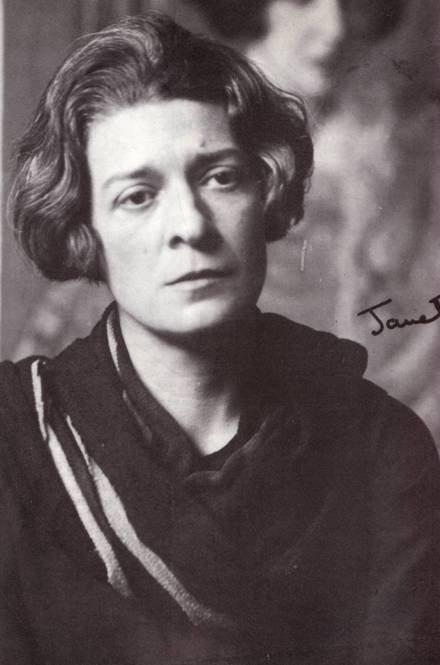 Through her Left Bank set Flanner was also keenly aware of the city as a sanctuary for all manner of rare birds, some of which will be familiar to Strange Flowers readers, including Elsa von Freytag-Loringhoven, La Goulue and Felix Yusupov. She introduced her American readership to fellow expatriates who had made a similar journey to the liberating atmosphere of Paris, including Josephine Baker, Sylvia Beach, Barbette and Natalie Barney.

The most readily available volume of Flanner’s New Yorker reports is Paris Was Yesterday. It covers the years 1925 to 1939, with their glittering between-the-wars diversions in sharp relief against glowering doom-laden skies. The three other volumes comprising articles up to 1970 are harder to find but well worth seeking out.

Flanner’s most enduring emotional attachment was of even longer duration than her New Yorker tenure. Her relationship with American writer Solita Solano dated from the end of the First World War and continued until Solano’s death in 1975. The two were part of a circle of liberated, mostly gay women who gravitated around Natalie Barney and Gertrude Stein, as chronicled in Andrea Weiss’s book and documentary Paris was a Woman.

On top of all that Flanner was, as these photos prove, effortlessly chic (incidentally the top hat in the main image belonged to Nancy Cunard’s father).

I’ll leave you with some hilarious footage of  La Flanner gamely coming between Norman Mailer and Gore Vidal on a talk show in 1971.