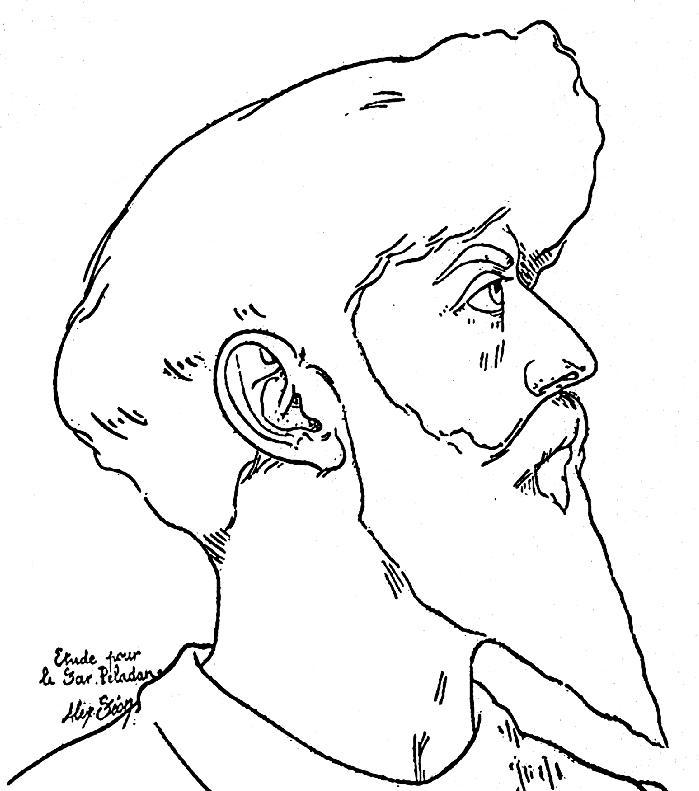 The Rosicrucianism movement is a warm salad of mystical ingredients which claims Medieval origins and has numerous points of intersection with Freemasonry and Theosophy. It features frequently in the kind of non-fiction airport paperbacks which invariably come with red and black covers, whose entangled conspiracies and cabalistic mysteries were so profitably repackaged by Dan Brown.

Instrumental in the modern revival of this movement was French writer Joséphin Péladan, born on this day in Lyons in 1858. Noted in the New York Times as “a strange Parisian character…reputed to possess the wildest and most luxuriant head of hair and whiskers in the whole Latin quarter”, he also wore a cassock, indicating his belief in the creative artist as a member of a priestly caste. 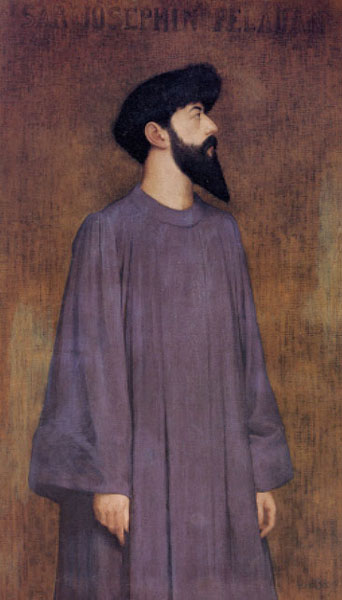 Péladan represented the occult branch of Decadence, not just in his writing but in his encouragement of the artists who would later be classed as Symbolists, many of whom exhibited in the “Salon des Rose+Croix” which he established in 1892. The Western, or “Latin” world as Péladan termed it, was – he believed – faced with “inevitable and imminent putrefaction”. He stood for a revolt against the materialism brought about by the Industrial Revolution, a revival of religious art and a return to mysticism, in which cause he was, claims Philippe Jullian “ready to swallow – and utter – all sorts of nonsense”. He took to calling himself “Sâr” Péladan, claiming the title indicated Assyrian kingship which had apparently been handed down in his family, and established a Rosicrucian order whose official composer was Erik Satie. 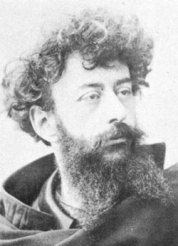 In assessing his legacy, literary critic Robert Ziegler maintains that “Péladan’s identity as a public oddity has largely eclipsed his reputation as an author, occultist, and art connoisseur” but it was as a “public oddity” that Péladan was chiefly known even in his lifetime. He was a keen self-publicist, describing himself as “the sandwich man of the Beyond”, and the opening night of the Salon des Rose+Croix in 1892 was mobbed by punters just as keen to lay eyes on the extraordinary “Sâr” as the work of such artists as Jean Delville.

Although a prolific writer, Péladan saw his influence and fame diminish with the decline of Decadence, and he died in relative obscurity in 1918.