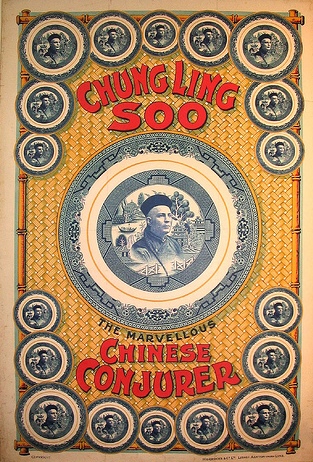 Then he felt a terrible blow to the chest. He fell. He became deaf, blind.

“A bullet,” he said to himself. “I’m lost unless I pretend to be dead.”

But, in him, fiction and reality were one.

The “bullet catch”, a magic trick in which a performer appears to stop a bullet fired from a gun, is an illusion with a long history as well as a body count. Though it’s questionable whether it has killed 12 performers as is sometimes claimed, there are at least four verifiable cases. 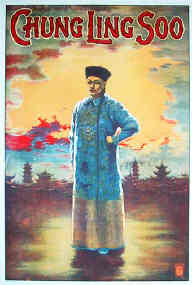 American magician William Ellsworth Robinson, born in 1861, first performed the trick in 1896 in his quest for ever greater stunts to match his ever more flamboyant personae. Competition was fierce among magicians at the time; Robinson’s rivals included his friend Harry Houdini and “The Great Lafayette”, an extraordinarily camp performer devoted to – and buried with – his dog Beauty.

Tricks weren’t enough; in an age when every city seemed to have an Alhambra Theatre it was exoticism which provided the competitive edge. Robinson performed variously as “Ivan Ivanoff”, “Achmed Ben Ali” or “Nana Sahib” – “East Indian Necromancer in Oriental Occultism”. But it was an encounter with the Chinese magician Ching Ling Foo in 1898 that proved decisive. Robinson was inspired to adopt a faux Chinese character offstage as well as on, calling himself Chung Ling Soo and speaking gibberish meant to approximate Mandarin when interviewed (through an “interpreter”). Lavish colour posters showed the counterfeit Cathay conjurer swathed in Oriental silks, his head shaved but for a plait. While insiders were aware of the magician’s real identity, the public were fooled until the very end. 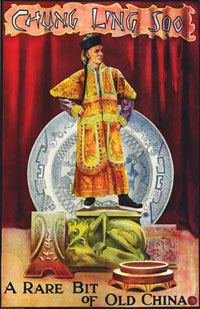 In 1910 “Soo” told reporters he planned to drop the bullet trick as “every conjurer who has performed this trick for any length of time has been shot dead”. But it stayed in the act under the name “Defying the Boxers”, an allusion to the turn-of-the-century Boxer Rebellion in China. Bullets which had been inspected by selected audience members (soldiers were a popular choice) were switched for blanks by elaborate sleight-of-hand. Using a metal dish, “Soo” would “catch” the bullets from a firing squad and emerge unscathed.

Robinson appeared at London’s Wood Green Empire on March 23, 1918. He was billed as “Chung Ling Soo, The World’s Greatest Magician, in a Performance of Oriental Splendour and Weird Mysticism, assisted by Miss Suee Seen, presenting in rapid succession the most Beautiful, Baffling and Interesting Series of Illusions ever submitted to the Public.” One of those illusions was, naturally, the bullet catch.

In Jean Cocteau’s 1923 novel Thomas l’imposteur, set in the First World War still raging as Robinson took to the stage, a teenager falsifies his age and claims to be a general’s nephew in order to get to the Front. Caught behind enemy lines, the impostor takes an all-too real bullet; reality meets illusion at the point where life meets death. 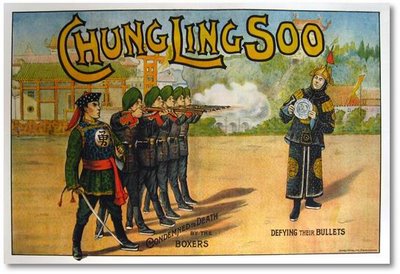 So it was for Robinson. As the firing squad shot at him, one of their number, Dan Crowley, felt the rifle recoil with more force than usual. His rifle, it would later emerge, was faulty, and it was immediately apparent that something was wrong. “Soo” shouted “Oh my God. Something’s happened. Lower the curtain”; it was the first (and last) time an audience had heard the “Chinaman” speak English. Still, the audience assumed the death throes were part of the act (just as a later audience would when English comedian Tommy Cooper died of a heart attack on stage during a live TV broadcast of his act in 1984).

Robinson was rushed to hospital but he died early the next morning.