Venus as a boy

Ma-da-me, your character is nothing to shout about, and like all of us you are a negligible assemblage of atoms. But we will grant you one quality: you don’t cling.

To visit an art school end-of-year show is to run a 76% risk that one will be confronted by works which claim to “challenge notions of gender”. I don’t know about you, but I can’t have my notions on gender challenged often enough! How fortunate, then, that every year brings a new batch of undergraduates who replace heteronormative binary discourse (or, y’know, whatever) with gender fluidity, as if they’d only just thought it up.

But these games of sexual confusion of course have a long and venerable history stretching back to antiquity and culminating, in the modern era, in Decadence. This fin-de-siècle movement, with its lurid depictions of lasciviously entwined hermaphrodites, cruel, dominant women and wan, girlish youths, revelled in defying the “natural” order. Most emblematic are Aubrey Beardsley’s illustrations, the stark black and white images serving only to highlight the dank tangle of macabre, misbegotten creatures and their illicit couplings. 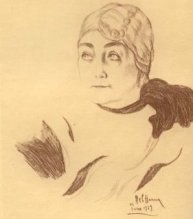 If Aubrey Beardsley had a literary equivalent it was most likely his friend Rachilde, the subject of Alfred Jarry’s equivocal praise who was born Marguerite Eymery 150 years ago today. Though her business card proclaimed her a “man of letters”, she was the only female author of note among the Decadents but arguably the one who pushed their preoccupation with gender meddling the furthest.

Growing up in the Dordogne, the young Marguerite was confronted with the treachery of gender early on; her parents had desperately wanted a boy and never disguised their disappointment. Rachilde’s father, a military officer, was contemptuous if not openly abusive toward both his wife and daughter.

While still a teenager Rachilde started writing stories, claiming that they were dictated to her in séances by a Swedish nobleman from whom she took her nom de plume. While her father had offered her the stark choice of marriage or convent, her mother recognised her potential and took her to Paris and introduced her to literary figures of the day.

At just 20 Rachilde was already writing novels and in 1884, her best-known work Monsieur Vénus was published in Brussels, which had long been Paris’s outlet for seditious and/or pornographic works. Indeed Rachilde may have written the work for purely prurient (and thus profitable) reasons. The story concerns the cross-dressing noblewoman Raoule and her affair with the young florist Jacques, whom she humiliates and forces into women’s clothing. Later novels like La marquise de Sade (inspired by the extraordinary Mathilde de Morny, who we will come to in due course) and Madame Adonis continued this wilful confusion.

Rachilde also played out Decadent themes in her life, at least superficially. She received a permit from the prefect of police to wear men’s trousers, cut her hair short (the locks were apparently sold to a fetishist) and kept pet water rats answering to the names Kyrie and Eleison. But her life, especially after her marriage to writer Alfred Vallette in 1889, was otherwise conventionally bourgeois. 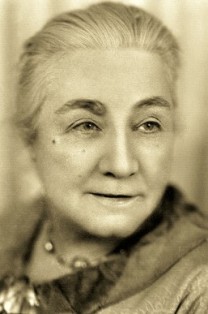 Together the two maintained a salon in the offices of La Mercure de France, the journal which Vallette edited and for which Rachilde contributed extensive criticism. They had connections to most of Paris’s leading literary lights, Jarry being a particular favourite. Until his death in 1907, Rachilde proved to be the most stable influence in a life marked and shortened by relentless self-destruction, and she posthumously produced a biography of the playwright.

By that time the Decadent movement had drawn its last tubercular breath. Rachilde’s obsessions, which may still seem modern to us, were for her contemporaries wreathed in the sickly and discredited perfume of Decadence and for many years her work languished, like Beardsley’s, in the no-man’s-land of unfashionable, artsy erotica.

As her long life dragged on, Rachilde became a grouchy old fag hag, club-hopping with a group of adoring young gay men. Embittered by neglect, she lashed out at the far more successful Colette and produced the defiant essay “Why I am not a feminist” along with her memoirs.

In 1936 Rachilde was already claiming “I’m at the end of my life”, but that singular existence which had stretched from the Second Empire to the Fourth Republic wouldn’t reach its conclusion until 1953.