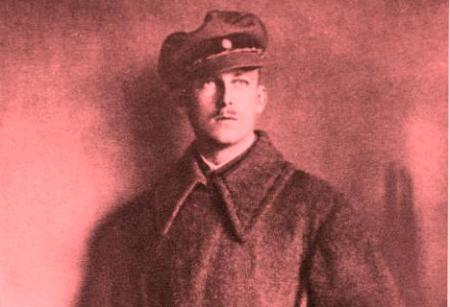 A dynasty’s dying days often produce its most compellingly wayward individuals. Case in point: Wilhelm of Habsburg, born on this day in 1895 in what is now Croatia. He bore the illustrious name of one of Europe’s foremost imperial lines but being the issue of a junior branch he wasn’t exactly where the action was (a feeling Barbara Windsor knows only too well).

So what’s a well-connected young man with high ambition and time on his hands to do? Rule the Ukraine of course. Not that the Ukraine actually existed then, but Wilhelm was fired up by its nationalist aspirations and hoped to be its king under the umbrella of the Austro-Hungarian Empire. Or not. 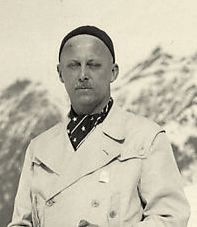 This plan initially had the backing of Emperor Franz Josef himself, even though the last time he tried to make busywork for a relative, when he put his brother Maximilian on the newly-created throne of Mexico, it all ended in violent death and spectacular madness. But it was all academic anyway once World War I started, leaving at its conclusion a broken empire, its constituent parts generally foregoing hereditary rule, the beleaguered Ukraine falling under the Soviet yoke.

Between the wars, Wilhelm’s life as the émigré of a country which had never really existed was appropriately absurd. The polyglot playboy prince’s loyalty to the Ukrainian national project was undoubtedly sincere, but it seemed some of the money he raised to that end was actually funding his louche lifestyle. Somewhere on his travels around the pleasure spots of Europe he picked up an anchor tattoo (an unlikely adornment he had in common with Franz Josef’s wife Sissi, who was assassinated when Wilhelm was an infant). He trawled the pleasure spots of Europe, had affairs with men and women and was given to frocking up in close company. 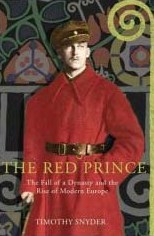 But his naïve ambition brought more sinister bedfellows. Wilhelm hoped the Nazis would help him out, and once the war started he even joined the Wehrmacht. But about halfway during the war he started working secretly for the Allies, which didn’t help his standing with the Soviets once the war ended. They arrested him in Vienna and transferred him to Kiev.

While it’s questionable if Wilhelm died for the Ukraine, he unquestionably died in it, succumbing to mistreatment by the Soviets in 1948. His story was largely unknown until Timothy Snyder’s 2008 book The Red Prince re-examined Wilhelm’s life with much new evidence, putting the prince in the context of the decline of the old order and the rise of nationalism.