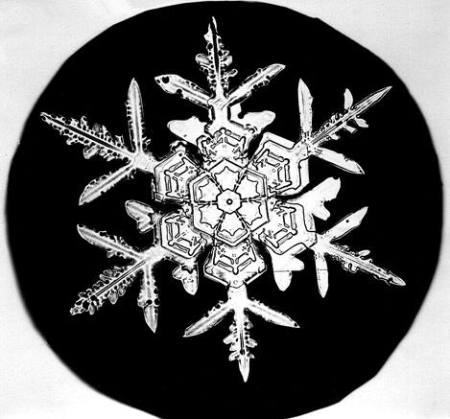 Berlin has been entombed in snow and ice since December and winter’s theoretical allure is undermined by the tedious effort of getting anywhere on foot (cycling is long a thing of the past). But sometimes when it starts snowing, I look out onto a dark window ledge and for a moment I can see the tiny individual flakes before they melt or get covered in even more snow. And then I realise what Wilson Bentley was so excited about. 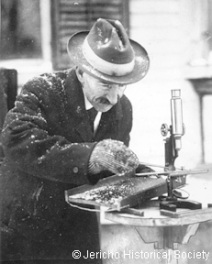 Born on this appropriately wintry day in 1865, Bentley was obsessed with the natural phenomenon of snow and in 1885 he became a pioneer of snowflake photography (admittedly, it never became a particularly crowded field). For over 45 years Bentley perfected his technique, spending his winters with a self-made contraption which allowed individual flakes to be photographed through a microscope against a black background. It is to him that we owe proof of the now-commonly known rule by which no two flakes look alike, but Bentley himself was driven as much by the sheer beauty of his subjects as by the scientific value of his work.

In an example of occupational hazard raised to the level of dramatic irony, in 1931 Bentley died of pneumonia, which he had contracted in a blizzard. 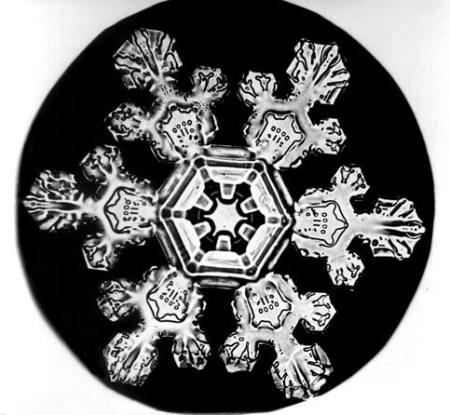