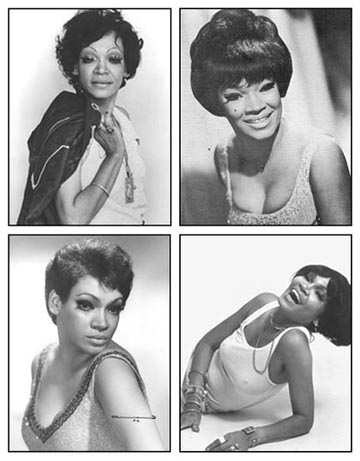 Picture the scene: you’re in a nightclub in pre-revolutionary Havana. Jean-Paul Sartre and Simone de Beauvoir, on a visit to the city, are at the next table sipping on something fruity. Suddenly spotlights carve a path through the cigar smoke and into their beam steps a woman in the kind of outfit normally seen on the city’s whores. As the salsa band start up she starts singing, the voice apparently coming up from her feet or somewhere much, much lower, and she starts working herself into a frenzy suggestive of a titanic struggle with swivel-hipped demons. Soon she is shouting, pulling at her hair, throwing off her shoes. Is it an act? A case of ritual possession? Or perhaps an actual mental meltdown?

All of these scenarios were plausible in the case of singer Guadalupe Victoria Yolí Raymond, born this day in 1936 (though she exercised the diva’s prerogative to lop a few years off her age) known as La Yiyiyi but most often as La Lupe. 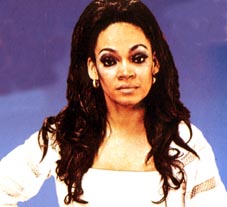 Her outrageous performances were a bit too out there for Castro’s new order and in 1962 La Lupe joined the exodus to the US, claiming “there was no room in Cuba for me and the revolution.” She found enthusiastic audiences in the Cuban diaspora and beyond. With her on-stage histrionics and off-stage drama, La Lupe was a suffering, Garland-esque prima donna, name-checked in Susan Sontag’s influential 1964 essay Notes on Camp (along with Tiffany lamps, Flash Gordon comics and Strauss operas). While touring with Tito Puente, La Lupe proved so erratic that she was sacked and replaced with two drag queens.

For a while La Lupe made it on her own, and in 1969 sold out Carnegie Hall. But in the 1970s it all started going wrong, and La Lupe found herself frozen out as Celia Cruz was promoted as the great female salsa star at her expense. By the late 1970s La Lupe had disappeared from view, emerging again in the late 1980s in a much different context.

La Lupe had been a lifelong devotee of Santería, which fuses saint-heavy Catholicism and polytheistic Yoruba brought from West Africa by slaves, and whose rituals include animal sacrifice (chickens are popular), trance-inducing drumming ceremonies and extensive use of charms and potions. But some time in the mid-1980s La Lupe got God, big time. And just the one God. She was eventually ordained a Pentecostal minister and one of her last recorded performances was singing at a church meeting.

La Lupe died in obscurity in 1992, but her towering persona and undeniable talent have been reassessed in recent years, particularly in the wake of the 2008 documentary, La Lupe: Queen of Latin Soul, and she now rightly takes her place among the true stars of Latin music.